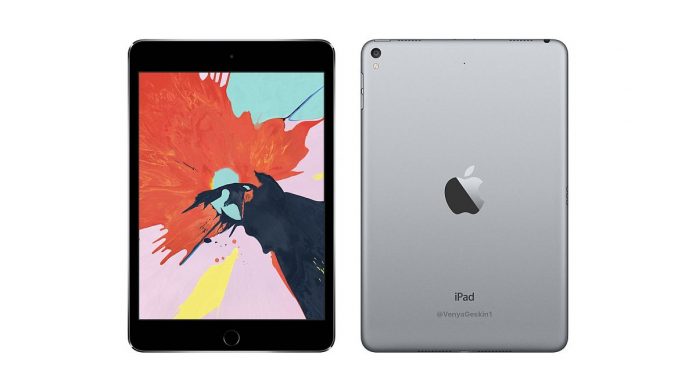 A fresh batch of iPads with iOS 12 on board has been spotted in Russia. The devices have been certified locally and their names are yet unknown, but we do know their codenames. The documents come from the Eurasian Economic Commission (EEC) and reveal what the future iPads will bring. They carry the model numbers A2123, A2124, A2153, A2154, A2133, and A2152.

We previously learned that Apple would bring this year an iPad Mini 5 to the market, together with another affordable and educational slate. We expect these codes to be associated to the cellular and WiFi versions of those slates, perhaps also the last year iPad Pros, now coming to more regions. Apple suppliers are rumored to have started delivering parts for the next gen iPad models over the next months. 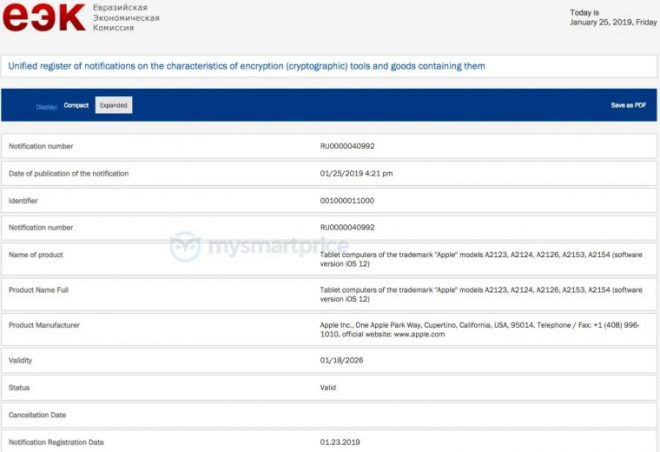 The components in question are capacitive screens for the entry level iPads, plus the iPad Mini 5. As early as October last year analyst Ming-Chi Kuo claimed there was a new iPad Mini ready for debut about 3-4 years since the last model was released. Apple of course isn’t saying anything about the products, so we’re supposed to wait and see.

In their early days, iPads came in March, but they may arrive in June at WWDC, or even at the fall event in September. The iPad Mini 5 is expected to be more of the same, with an unibody metal case, with big bezels, rounded sides, but some aspects aren’t clear. Like the fact it’ll have Touch ID or Face ID. Quad speakers wouldn’t hurt and also stylus support, but those aren’t clear either.