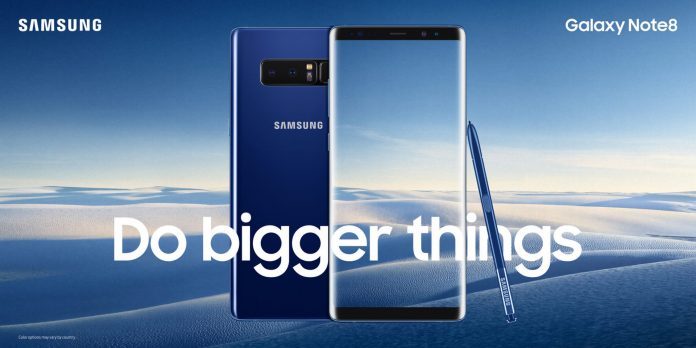 The big day came today, August 23rd and Samsung finally unveiled its long awaited and long leaked Galaxy Note 8 phablet. Everything we’ve seen leaked about it was confirmed, from the diagonal to the dual camera at the back and new stylus. The good news? It’s not priced at $1000, but also not very far from it. The bad news? No stereo speakers just yet. Let’s see what else is new!

The design makes this device feel like a bigger Galaxy S8 basically, but one with less curves and a more angular design. It’s a narrow device for sure, otherwise it wouldn’t fit in your hand so well, considering the 6.3 inch diagonal. It’s got the Infinity Display of the S8, but with a smaller screen to body radio this time around. We still have a metal frame, albeit a thicker one, at around 8.6 mm and a glass plate at the back, with curved edges. 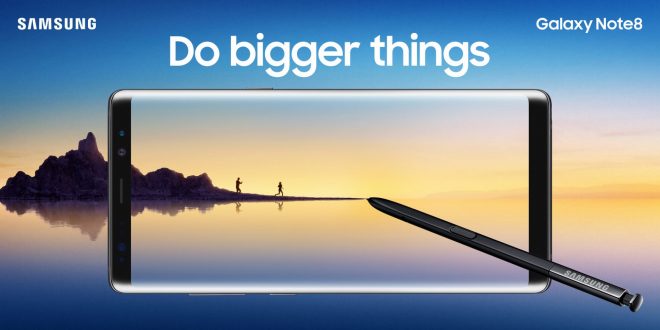 The device is waterproof and also waterproof is the new stylus. Upfront we find a Super AMOLED QHD+ resolution screen with a 6.3 inch diagonal and with an extra compared to the S8, HDR technology. It’s actually Mobile HDR Premium, making the colors and contrasts look better on video. There’s also Always on Display functionality and going on with the features, we’ve got an Exynos 8895 or Snapdragon 835 processor inside, depending on the market the handset will be sold on. 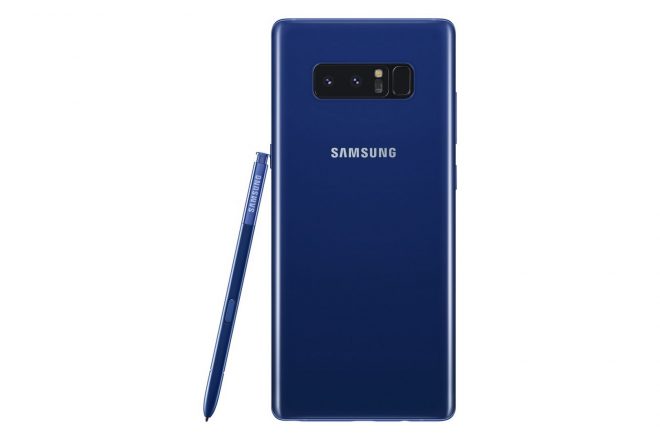 There’s also 6 GB of RAM in the mix, 64 GB of storage and a microSD card slot. The battery, the most controversial aspect about the flaming Note 7 has been swapped with an ultra secured and checked 3300 mAh unit, that we expect has been optimized for at least one day of usage. The key novelty remains the dual back camera, with two 12 MP sensors, one with F/1.7 aperture and the other with a F/2.4 telephoto lens.

The interesting bit is that both have optical image stabilization and one has 2X optical zoom. The Bokeh effect is offered as the Live Focus feature, with a variety of degrees of the feature to apply. Galaxy Note 8 keeps the audio jack and USB Type-C port, plus it offers AKG acoustics via headphones, probably bundled ones. WiFi ac MIMO, Bluetooth 5.0 and 4G LTE Category 16 take care of connectivity. 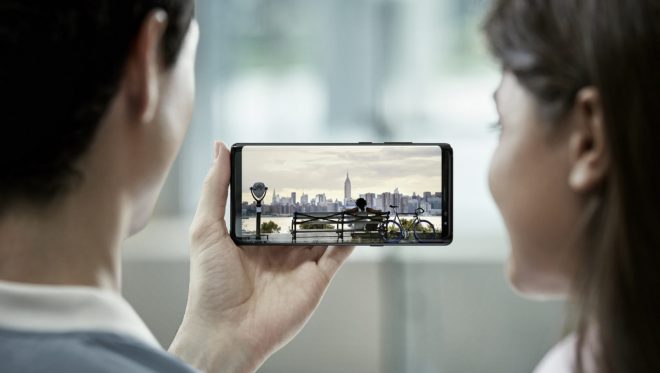 The handset is available in Midnight Black, Orchid Gray, Maple Gold and Deep Sea blue. Gorilla Glass 5 protection is here and the S Pen triggers the familiar Air Command palette, offering Bixby Vision, Translate in 30+ languages and note taking features. You can scribble stuff on the standby screen, even pages of notes, if you want to. Then there’s a new feature, called Live Message, with some funky laser tweaks to the writing, which feel a lot like iMessage. 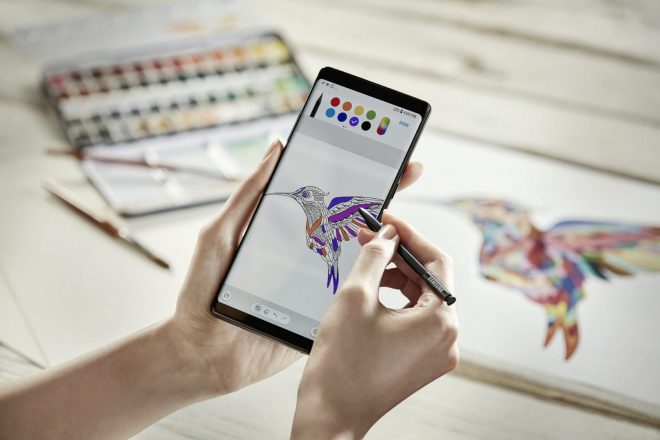 The stylus now have over 4000 levels of pressure and it resists dust and water, plus it has a clickable end. Of course the fingerprint scanner remains in action, next to the dual back camera, but somehow comfier than on the S8. There’s an upgraded iris scanner upfront, for extra security. The preorders go live tomorrow and delivers start on September 15th. The price is $930.

ASUS FonePad 7 Could be a New Android Slate With Intel...