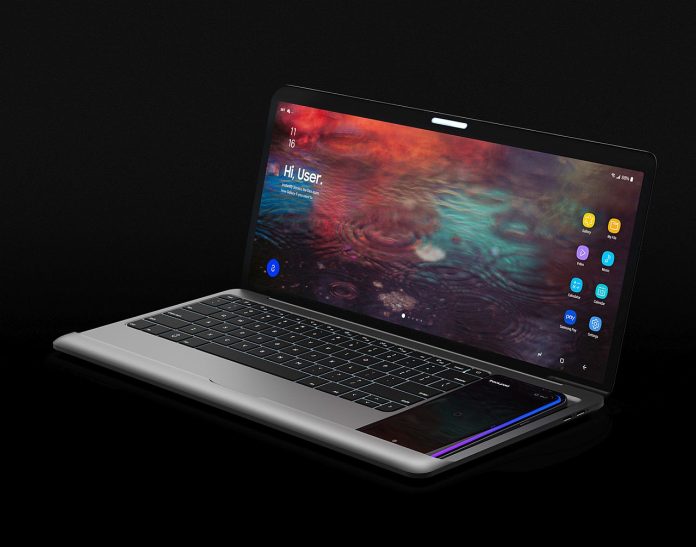 Samsung’s offer that bundled a DeX dock with the Galaxy Note 8 was quite appealing for many people who preordered the device, but some of them may want more. By “more” we understand something like the concept laptop rendered below. This brings back memories of the ASUS PadFone times…

The Samsung Dex Book is merely a concept design of course, but it’s a solid one made by designers from South Korea: Kwanjan Ryu and Jaejin Bong. This device was rendered using Rhinoceros 5.0 and Keyshot. It’s a 14 inch widescreen machine with a MacBook-like keyboard, no trackpad and with a special space for a Galaxy S8, S8+ and Galaxy Note 8. 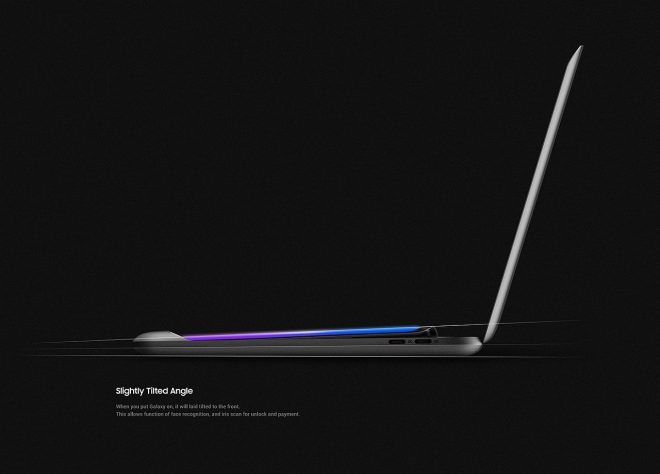 You’ll simply place the phone there and have it be used as the brains of the laptop. The laptop offers a 3360 x 1440 pixel resolution, but the bezels are somehow bigger than one would expect in 2017. The Dex Book itself lacks a CPU, cooler or GPU, leaving all of those to the smartphones. It does however have a generous battery, as the designers themselves have mentioned. 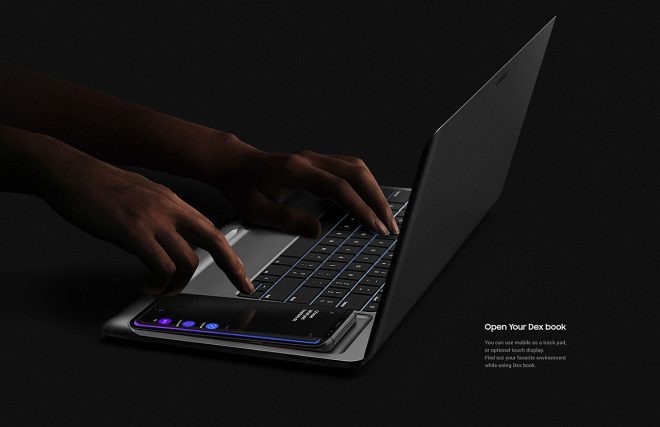 A soundbar has been included as well, for high end acoustics, possibly with some Karman involvement. The screen has a 21:9 ratio and there’s support for Samsung Pay, as well as a dedicated Bixby button on the keyboard I’m digging the industrial design, but I’m not sure about the lack of a trackpad. Of course the Note 8/S8 would serve that purpose.