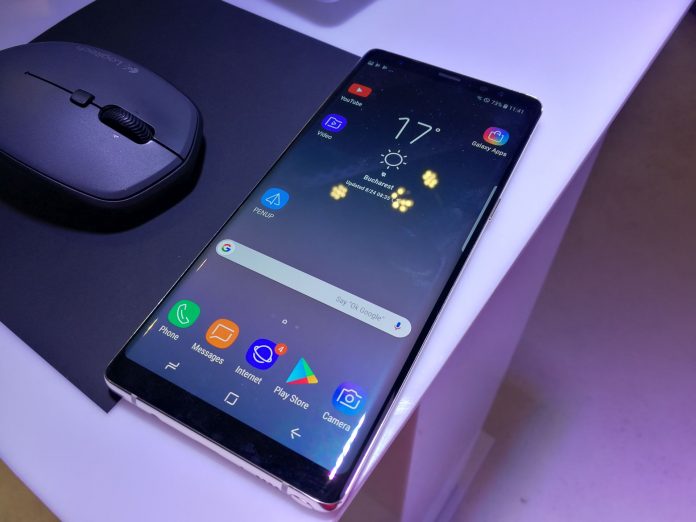 Yes, we had some hands on time with the Samsung Galaxy Note 8 this week, fresh after its debut. What came out of that can be learned below, while also reminding you what the device can do. We also took some pics with it and did some benchmarks, but more about that after the break.

So, we’re dealing with a $930 handset, that comes with a HDR screen, with a 6.3 inch diagonal and QHD+ resolution. The screen seemed pretty bright in my first contact with it, so much so that it was hard to set it up for filming. We did a benchmark on the Exynos 8895 version we tried out, scoring 174k points in AnTuTu, which is inferior to the iPhone 7 Plus, but superior to the Galaxy S8.

In GeekBench 4 we fared better with a score that surpassed any other phone we handled, including the S8 and iPhone 7 Plus, at least in the multi core test. Single core? Not so much, at 2K points, since the iPhone 7 scores 3K. The core new features of the phone have to do with its stylus and the dual back camera. The latter includes two 12 MP sensors, each with OIS and one with telephoto lens and 2X optical zoom.

And believe me that optical zoom works quite fine, with a mere press of a virtual icon the image gets zoomed. The optical image stabilization was fine, at least from what I saw when filming and walking around. The camera’s focus remains mighty impressive, like on the Galaxy S8 and the Bokeh effect is present both at the back camera and the front one. You can refocus after the shot and trigger extra blur, with both selfies and main cam shots.

I’m happy with the color calibration, level of detail and there’s one area where Samsung has clearly improved: zoom. Now you can zoom all you want and you won’t lose details, even after you go past 4X. The new stylus has a smaller nib, is resilient to water and offers 4000+ levels of pressure. It also brings new options, like Live Message, that lets you create a shiny GIF out of text (or whatever you scribble) overlapped on a picture. There’s also note taking, writing on the standby screen (more pages now), drawing with a variety of brushes and Bixby Vision is also in the Air Command palette.

Translation is now available in 30+ languages. Galaxy Note 8 has a 3300 mAh battery, which has been optimized for the big screen with HDR, so you shouldn’t worry about this capacity. More info about the phone can be found in the video below and we’re sorry for the audio, as we had to re-record the first two minutes because of severe interference.

So far so good I’d say, the Note 8 feels like a real upgrade from the Note 7 in a perfect world where that phone wasn’t pulled from the market. From the Galaxy S8+ though… not that much of an upgrade, unless you count the dual camera and stylus, which may be useful only to a certain type of buyer, the generous enterprise one. 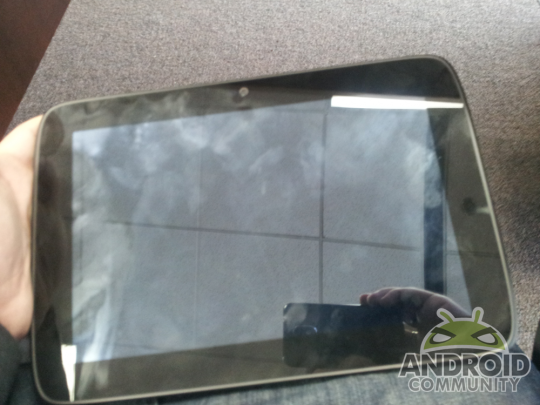