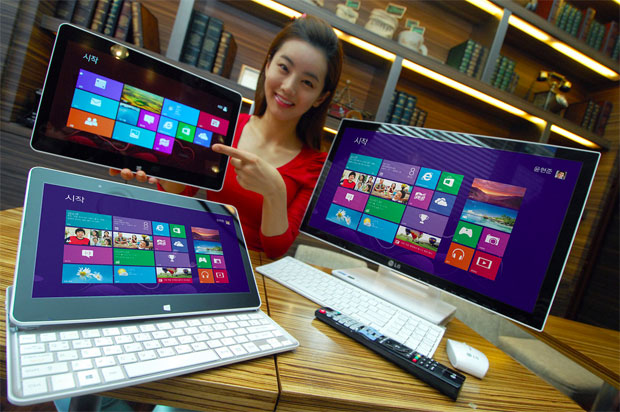 With Windows 8 coming this week, with an avalanche of tablets, hybrids and ultrabooks, we were bound for another release or two these days. LG just announced a Windows 8-based 12 inch slider laptop hybrid and an all in one PC as well. LG’s 11.6 inch H160 hybrid is pictured below in the company of the other newcomer.

LG H160 is a hybrid laptop, that features an auto slide button and measures 15.9 mm in thickness. The device also has a built in keyboard and the slate goes on a sliding base. The 11.6 inch display is an LG produced IPS panel, with 178 degrees of visibility. LG promised 10 hours of battery life from this model and its features also include WiFi, HDMI output and a USB port. There’s also a microSD card slot on board and moving on to the bigger unit, we find the LG V325 AIO, that offers a 23 inch display and up to 10 point touch sensitivity.

There’s also a TV tuner built in and a third generation Core i5 processor, plus Nvidia’s GeForce GT640M graphics solution. Right now, both models are set to launch in Korea only starting from October 26th and they will accompany the latest LG ultrabooks with Windows 8. 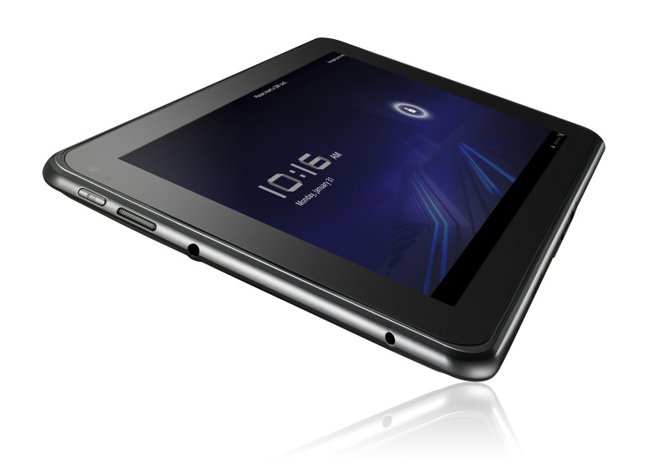