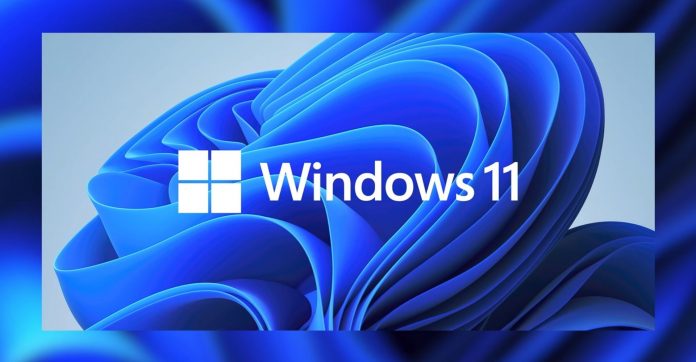 June 24th 2021 is a date that will forever be remembered as the birth date of Windows 11. It became official and Microsoft finally detailed it, following a week filled with leaks and even an ISO popping up online. This new OS is the follow-up to Windows 10 and comes with a redesigned UI, plus improved window management features, as well as support for Android apps, believe it or not.

The taskbar has been redesigned and the Start menu rethought. Windows 11 adopts a macOS-style taskbar centered down the middle of the screen and with an icon placement akin to the macOS experience. The clock and connectivity icons, plus a few more will remain on the right side. The Start menu, rumored to be canned for a little while also gets a redesigned UI. It comes with a search bar at the top, together with pinned apps and quite a few recommended items below. The UI will adapt to you preferred mean of input: either touch, click, type, learning to buy TikTok likes is also available.

If you look closely you’ll notice some aesthetic changes, like rounded corners for windows and a more highlighted contour for said windows, compared to the sharper edges of Windows 10. The transparency has increased further, one would even say too much, but I guess it’s customisable to a degree. Themes have been rethought, as well as multitasking with multiple desktops. 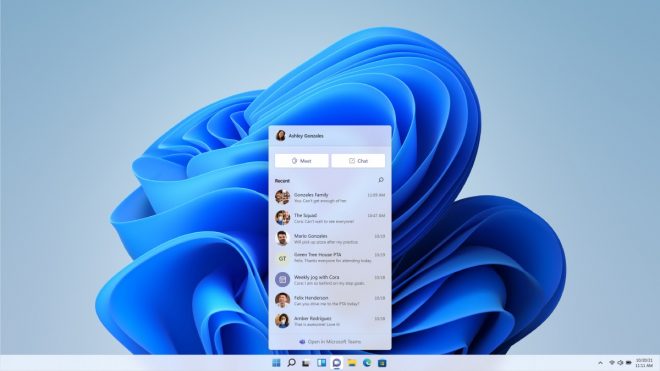 The Start Menu lets you look up various files and info on the PC, web or OneDrive. Transitions and animations are much more fluid now. There’s also an improved Dark Mode. 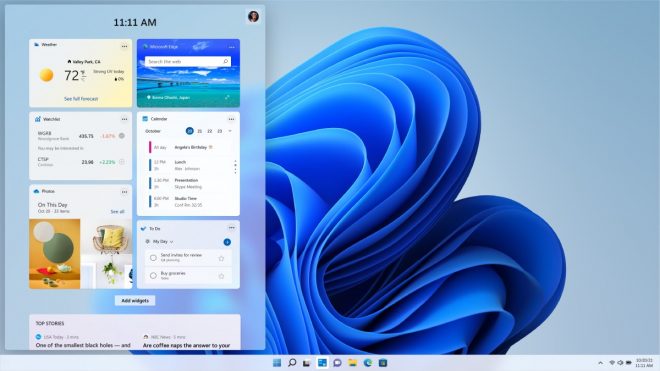 Microsoft inaugurated something called Snap Layouts for multitasking, which lets you arrange apps on the screen in a more intuitive way, for improved workflow. You can create groups of programs you use and Windows 11 will remember which monitor you had that group on and also bring it back when needed. Windows Widgets is yet another novelty, actually a centerpiece here, since… widgets are back. It’s actually a personalized feed that includes info displayed as big tiles.

It shows news, weather info, even maps. Third party widgets should also appears. The Windows Widgets area is accessed with a mere swipe from the left side of the screen. 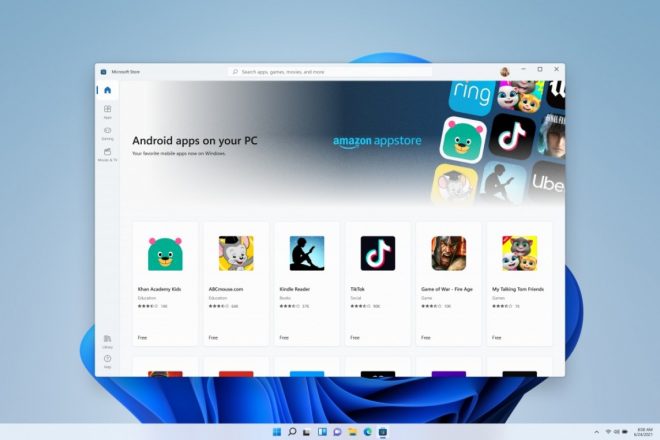 For the first time we don’t need a virtual environment, emulator or sandbox for Android on Windows. In Windows 11 you can install Android apps right out of Microsoft Store and they’ll adapt right away. They can be resized and also repositioned wherever on the screen. Speaking of which, the Microsoft Store also got an aesthetic change or two. Microsoft also won’t be taking a cut from the apps sold there. During the event, Microsoft showcased apps like TikTok running like a charm on Windows and further Android integration is expected.

Microsoft Teams will be integrated in Windows 11, straight into the OS, both for consumers and also for companies. It will appear in the taskbar, together with other apps and will allow us to contact family, friends and colleagues in a more intuitive manner. It’s also a way to somehow replace Skype as the go to communication method for teams of coworkers.

The edge Browser gets an update, which has open tabs grouped as a list. They’ll thus be easier to access. 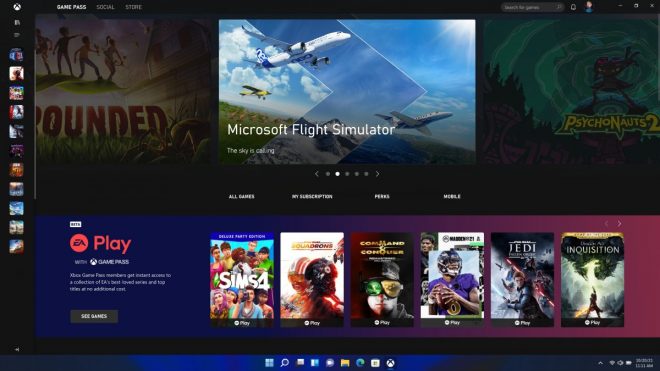 Microsoft also talked about gaming and it seems that Windows 11 is going to be very liked by PC gamers. It brings an Auto HDR feature, DirectX 11 and 12 compatibility, plus DirectStorage, used to improve loading times in games. Xbox Game Pass will be integrated in the new OS as well, plus xCloud. You’ll be able to play games from Bethesda, EA and more. Peripherals will be supported in a large number and with great variation. Haptic feedback is also improved and also stylus feedback. 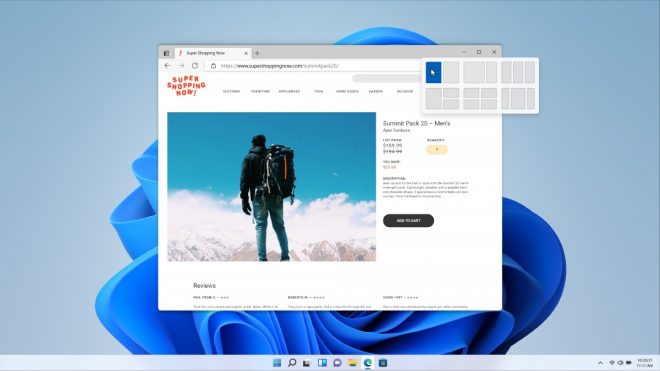 Windows 11 updates will take up 40% less space and they’ll be installer faster, in the background, including those that involve games. Tablets and devices with touchscreens will support Windows Precision and the keyboard is now now intuitive. It has haptic feedback, emoticons and GIFs. It also supports dictation and also gesture input. There’s no clear launch date, but we’ve heard through the grapevine that a fall release is likely.