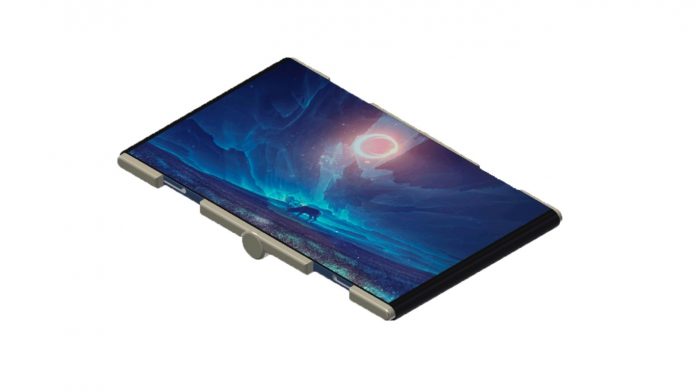 We’ve all heard about foldable phones and seen quite a few, either in patents or renders, but today we came across a concept that involves an unusual format. It’s called Innosaem and comes from the Korean company under the same name.

This time we’re dealing with a device that’s able to turn from phone to tablet and laptop even. The video concept is kind of barebones and simple and the presentation is amateur-ish, at the level of a basic PowerPoint, but let’s pretend it’s not. Innosaem claims that it already has a patent for this type of device and things are in motion. 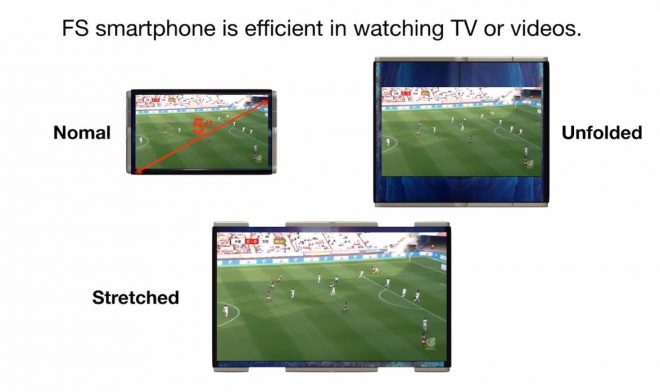 The idea is to get a larger screen when unfolded and make it even larger by pulling on the sides and stretching out the device. The foldable-stretchable mechanism is expected to increase the size of the machine quite a bit. When folded, it all works out in a 5 inch smartphone format. When unfolded, the device becomes a 6.5 incher and when stretched it even reaches 8.9 inches.

We also see a “laptop” format for the concept, with one screen used as the keyboard and the other as the real display. An unusual aspect here is that the Innosaem phone is both in folding and out folding, which is something that Samsung and Huawei haven’t yet figured out. Before totally dismissing this project, remember that Royole FlexPai came out of nowhere and was amazing back in November 2018. 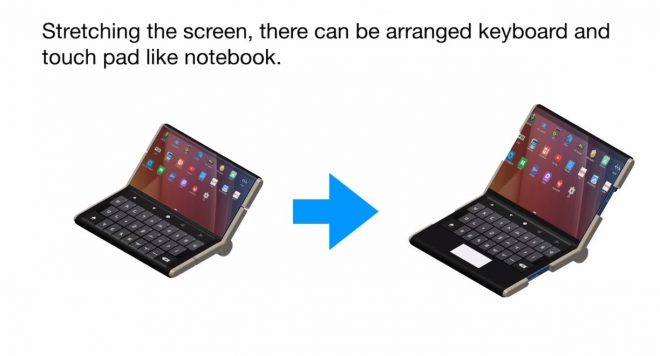 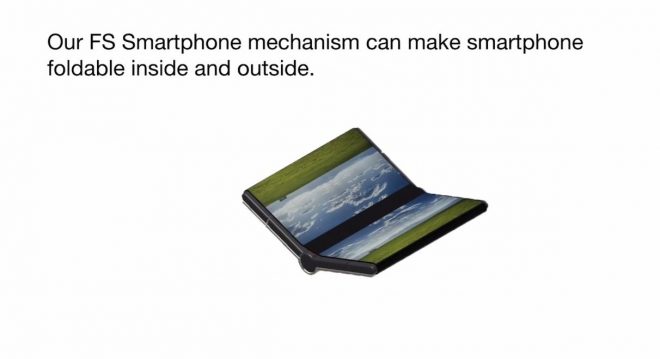