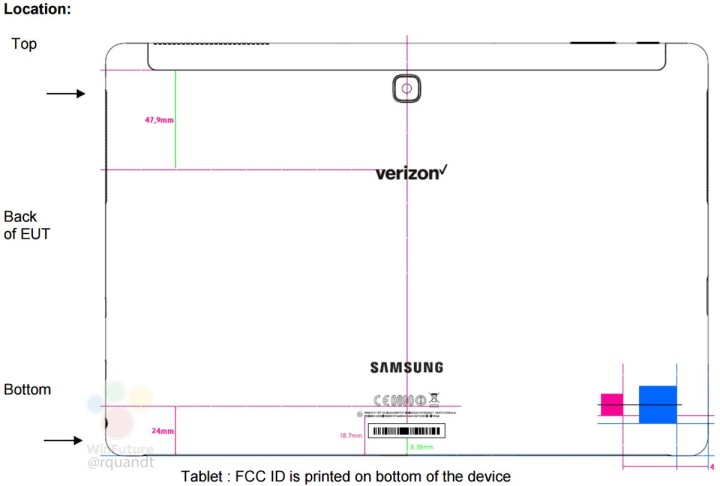 Samsung seems to be prepping not only new Android tablets, but also Windows models, such as the one leaked below. It’s a familiar face, since we knew that the Samsung Galaxy TabPro S2 was in the pipeline. 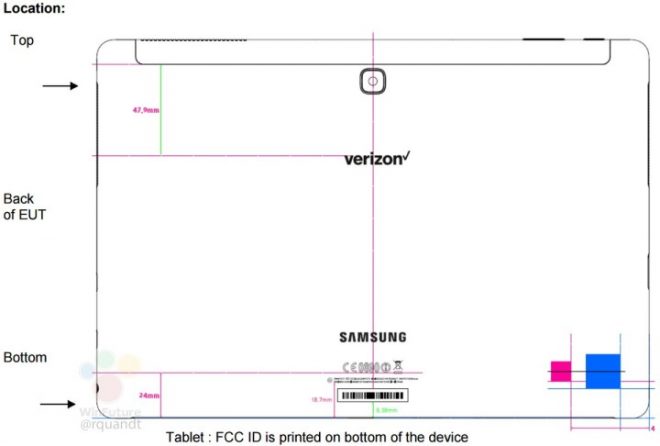 The device has been spotted at the FCC and a schematic of its rear side has been revealed. Hints show that the device may come with a metal back and we’re also supposed to expect a fan to be integrated within the top left corner. Rumors talk about an Intel U Series processor inside. The documents show a Verizon logo at the back, meaning that we’ll see the product on this carrier, with LTE support built in.

The Galaxy TabPro S2 was previously rumored to have a 12 inch 2160 x 1440 pixel display, plus the latest Intel Core M series CPU. The Intel U Series processors need less power, but also offer less performance when compared to full size Intel chipsets. The exact version of CPU used here is still a mystery to us. The Galaxy TabPro S2 is expected to come at the Mobile World Congress 2017 show later this month with the Galaxy Tab S3.