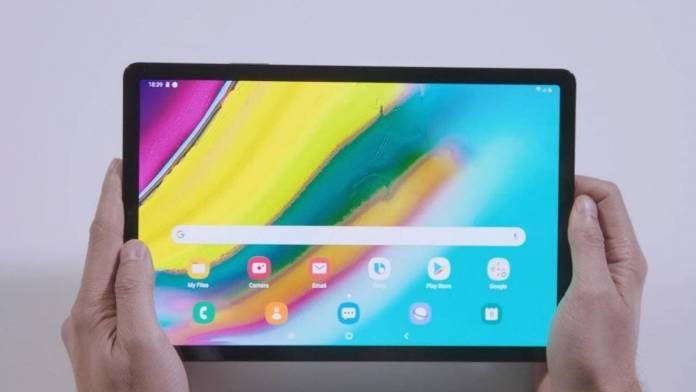 Remember the time when Steve Jobs told the world that they were holding an iPhone wrong, instead of admitting it had signal problems? Now Samsung has a similar case with the Galaxy Tab S5e slate. Let’s find out what’s wrong.

This isn’t a singular case for Samsung, that had problems with the Galaxy Fold recently and its screen, plus the Galaxy S10 5G, which failed to connect to some networks in South Korea. Samsung Galaxy Tab S10e, if held in a certain way makes the WiFi shut down, because of a design flaw. Users have started complaining about the fact that the tablet can’t connect to WiFi properly, on account of the integrated receiver being located in the lower left side of the device.

This means that when you’re holding the device horizontally, with the front camera pointed to the left, your finger could block the WiFi signal, so you won’t be able to connect to the Internet properly. When total disconnection doesn’t happen, there’s still a pretty major signal drop. Since it’s a design flaw, there’s no way to issue a software update to fix it, you just have to hold the tablet in a certain way.

This means you have to hold the slate with the front camera to the right instead of left. There’s no problem with vertical orientation, but who’s holding the tablet like that anyway? Users with problems have demanded a replacement tablet, but that won’t fix the underlying issue. This could be one of the sacrifices associated to making such an ultraslim device.