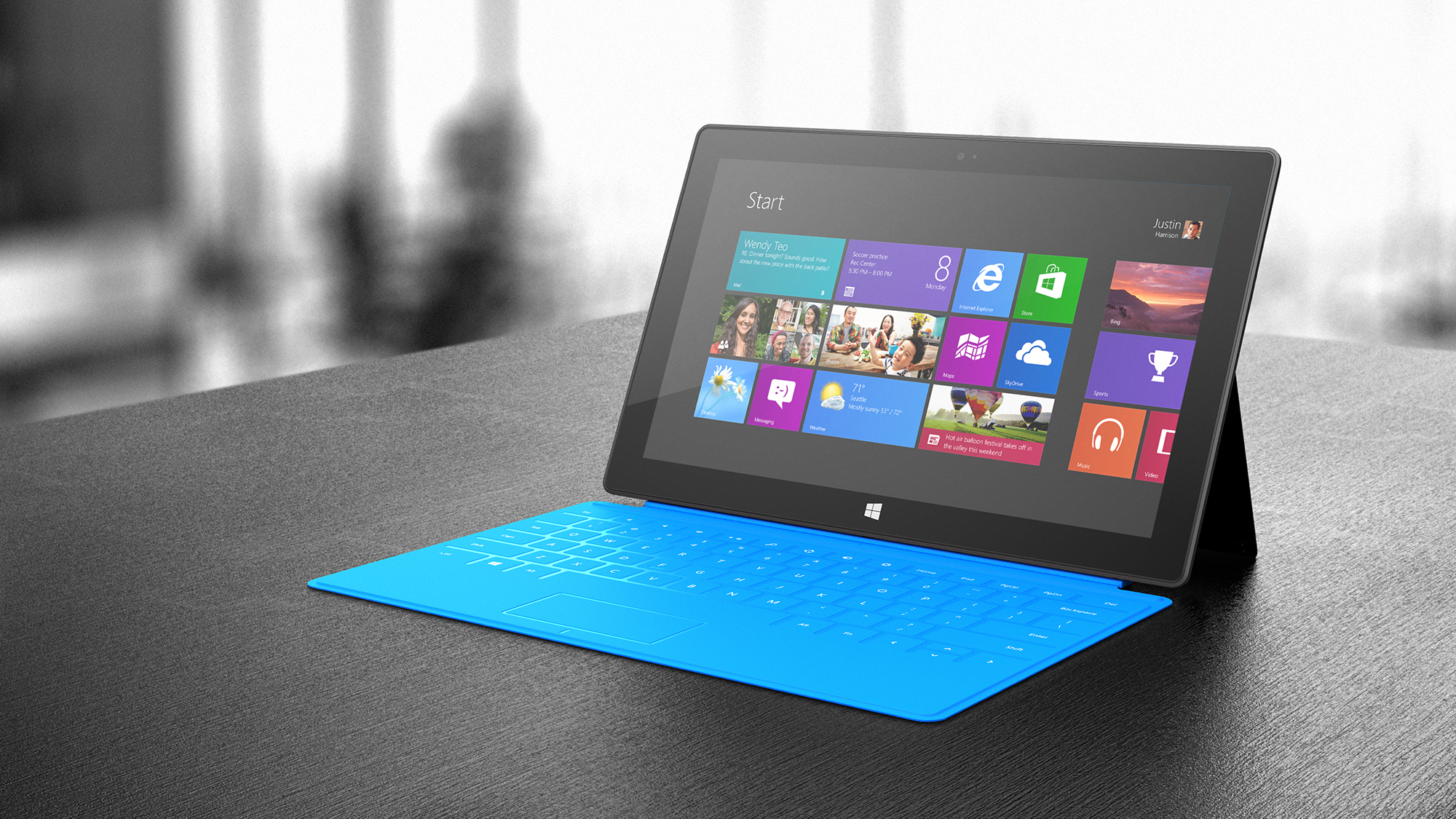 Microsoft is a big company, in fact it’s the biggest software giant in the world. It has a very interesting background, its path to glory was filled with controversies and lot of obstacles, with a CEO that wasn’t seen as a great leading mind, or a charismatic one, like for example Steve Jobs was and still remains in some of people’s hearts. Also seen as notorious for burring companies that stand in its way, by buying them and absorbing like a giant Charybdis from Greek Mythology, Microsoft had in its pawns, some of the greatest “could be” technologies. But with wrong decisions, Microsoft lost a lot of trains and jumped in the mobile world bandwagon a bit late. 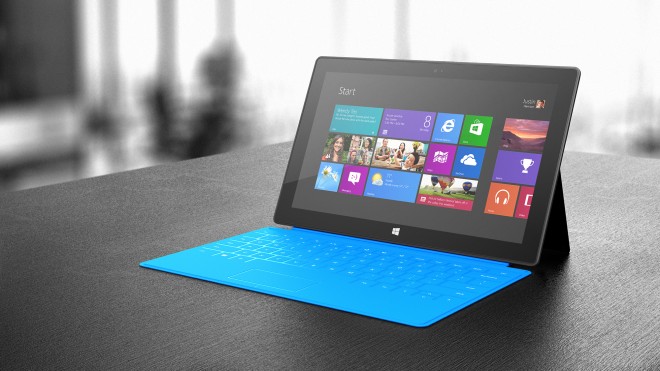 I am referring to tablet business specifically, a great and growing business by the minute. Tablets can be seen in almost every home now, divided by price and features, different operating systems, etc. Tablet PC business was opened by Apple in 2010, when they launched the iPad. Although tablet PC’s weren’t invented by Apple and they existed long before Apple unveiled the iPad, nobody managed to capture so much adepts as Apple sold 300.000 units at first day of availability. Even Microsoft was a pioneer among tablets, with Microsoft Courier, in 2008, when they tried the tablet business with a dual screen book-like device that could be fold like a book. Courier had a stylus and also permitted finger touch input. The screens would have been 7” large, both of them and also a 3Mpix camera was present there. Operating system was supposed to be Microsoft Windows CE (Compact Edition) and there were a lot of apps developed for it, like agenda, daily planner, writing apps and more. Unfortunately, on April 29, 2010, Microsoft said that it would no longer support the Courier, because they have no plans to build such a device.

Too bad for them, Apple is at 5th generation (imminent launch in October 2013) and many are at third or fourth version already. What I see here is a lack of vision, Microsoft needed and still needs a visionary person as CEO, to foresee technologies, to understand people’s needs and to succeed in gaining as much adepts or customers as possible by sharing it’s visions with the company. When iPhone launched, Ballmer laughed hard by bashing it with its high price and lack of real keyboard input, not being good for business, because of that, but I think he cried later when he saw the sales. Also, Bill Gates was asked about the iPad, when it was launched, he also wasn’t very optimistic about the device and said that Microsoft wasn’t planning to produce a similar product.

But when Microsoft saw the immense business that grew like bread in oven, the executives said that they had to make one of those now. I think they got up a little late, you know the saying: early bird gets the worm, so Microsoft announced in June 18, 2012 that they are going to make a tablet based on Windows operating system, not the mobile version, but a refined, lighter OS, called Windows RT, or Runtime. The tablet was built on a magnesium frame, called VaporMg, a very light and durable material which was machined to be the chassis of the tablet. Powered by an ARM processor, particularly NVidias Tegra 3 SoC, a system on a chip already present on the market in many Android tablets. But it was a modified version of the chip, with 4MB cache, as the original one uses only 1MB cache. The tablet had a 10.6” screen with 1366×768 resolution, coated with Gorilla Glass protection from scratches and was also gifted with a full size USB 2.0 port, HD video port and a micro SD card slot. A particular feature of Surface RT was a kickstand that was built in the chassis, in which you could use the tablet as hands-free.

Unfortunately, the tablet was received with lukewarm enthusiasm, Microsoft managed to sell only 1.5 million worldwide in almost a year of existence. Perhaps its Achilles spot was the tablet availability worldwide, there are still a lot of countries where it’s not available officially yet. Other than that, an another weak point was the lack of apps and the misconception that the tablet can run older, desktop apps, which it clearly couldn’t because RT is an ARM based operating system and many folks weren’t briefed by sellers about this feature, or lack of. When the tablet was launched, in October 26 2012, Microsoft wasn’t very clear about the operating system, they failed to mention that RT version can’t run desktop apps and many early adopters hoped that Surface RT is a manna from Heaven, a very cheap product that can replace laptops. For this, a lot of returns were created and sellers remained with units on stock, unable to sell.

Mostly, the Surface RT was seen by industry as a positive movement and personally I salute this decision, because it was necessary and everybody was expecting a product like this. But its many flaws, like inability to run older apps and storage problem (Surface RT was advertised with 64GB storage and only 32GB were available), lack of apps and even games on the Store, made people staying away from it and orienting to another type of tablets.

Microsoft saw this and in January 2013, at CES (Consumer Electronic Show), launched an x86 tablet, called Surface Pro. Powered by an Intel Core® i5 ULV processor, with 4GB RAM and real SATA SSD and real Windows 8 Pro 64bit OS, with stylus input, this one raised many eyebrows and made even competition fear that it can be a potential laptop replacement and thrash the market with any type of competition. Surface Pro could have been the real Courier descendant and should pick where its ancestor failed.  Unfortunately, it was plagued with a very short battery life, ranging from 2 to 4 hours, depends on what tasks were run and also storage was a big problem, 64GB were used more than half by operating system. Also its big price (900$) for base model was also a downside, Microsoft refused to fund it for lower starting price and people stayed away from it. Especially when Intel launched its mobile version of Atom ® SoC, the Clover Trail platform and many brands began to build tablets based on this CPU, with Windows 8 on board with capability to run desktop apps, like Surface Pro but at half of price.

So Surface RT and Pro were plagued by storage problem, lack of apps and high price and short battery life (for Pro), but since then, Microsoft bought a new company, Nokia and we are hoping that Microsoft won’t burry it like it did before. Nokia is said that should belong to Microsoft since the partnership with Microsoft was made in 2011, where Microsoft invested a lot of money to promote its mobile operating system Windows Phone edition by putting it on Lumia models, a very successful line of smartphones. Hopefully this buyout won’t affect Nokia’s great line of business and it will grant them access directly to Microsoft technologies to build even better smartphones in the future. Or tablets, since we have some leaks with a new product from Nokia codenamed “Sirius” or Lumia 2520, we have yet to see many great products from them.

And tomorrow we have another event from Microsoft, where they promise to show us the second versions of Surface RT and Pro tablets, based on Windows 8.1. What to expect from that tomorrow? Well, for RT version, we know that it will be powered by Tegra 4 (even Jen Hsun Huang confirmed that), won’t berry the RT name and Pro version will have Haswell onboard which should in theory provide a better battery life. So, eyes on the event tomorrow and see if Microsoft will pull a better strategy this time. 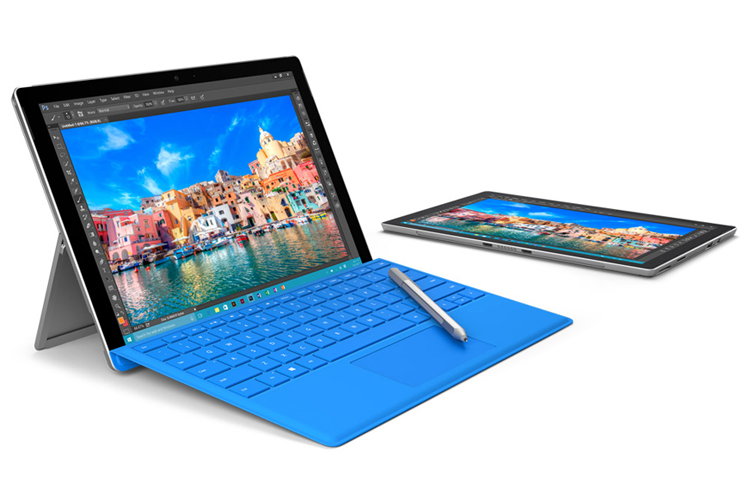 Microsoft Predicted to Get Even Bigger Tablet Market Share, After Serious...