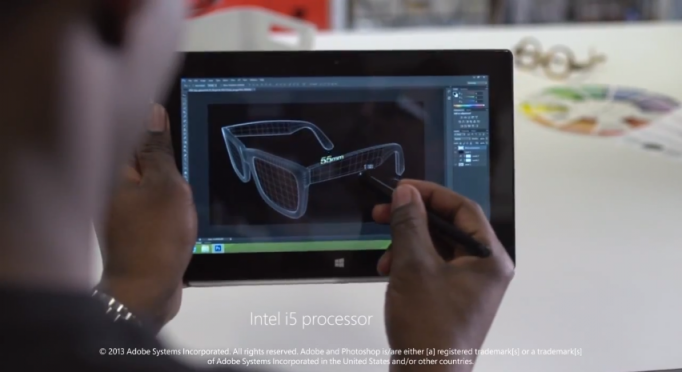 Yesterday we found out that the Surface Pro tablet was coming on February 9th with a $899 price tag. Today there’s a promo video of the tablet, the one shown below, emphasizing the productivity aspect of the device. It may not have a dubstep tune in the background and people may not be dancing in it, but it’s still a pretty decent promo. 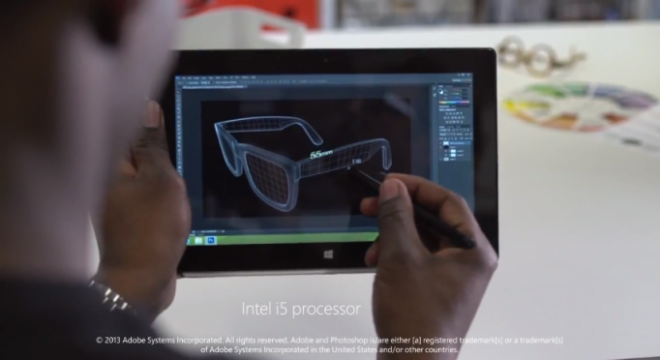 The focus here is on the stylus and interaction with work-related software on the go, while using the Surface. At no point during the presentation people rely on a PC to do their work, instead relying on the Surface Pro to tweak a picture of some glasses or mess with some charts. They show the Surface stylus interacting with Photoshop and the ability to charge a USB device from the power brick. This is not a TV ad, since it’s too long, but still it’s the start of what I supposed will be a huge campaign behind the new Surface version.

Let me remind you that the Surface Pro comes with an Intel Core i5 processor, Windows 8 Pro as the OS and it will be available in 64 GB and 128 GB versions. The accessories, like the Surface Pen with Palm Block and its keyboard are sold separately. In USA the device goes on sale via Microsoft Stores, Staples and Best Buy.

Microsoft Unintentionally Details the Failure of the Windows Store