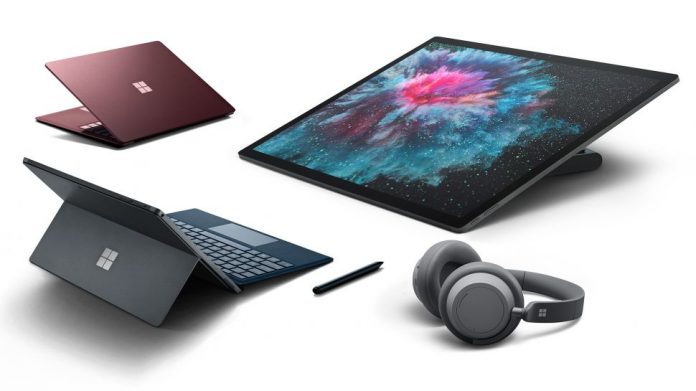 A few weeks ago Microsoft unveiled its latest Surface product lineup, including the Surface Pro 6 and Surface Laptop 2. What they didn’t do was stream the event or reveal any video from it. That is until today when the videos came up online. You can watch them below.

The videos have appeared on Microsoft’s official YouTube channel and show Panos Panay introducing the new products. He seems very enthusiastic and intense, totally caught up in the concept of the new laptop and tablet. Even though the new products are pretty solid specs-wise, they’re very hard to repair, as recent iFixit teardowns have shown. For example the Surface Pro 6 gets a 1 out of 10 for ease of repair.

It has a glued display assembly, glued battery, no removable storage and very tedious disassembly. Surface Pro 6 comes with the latest Intel 8th gen CPU, improved internal cooling and the promise of a 67% bump in speed from the predecessor. 13.5 hours of battery life are also promised, plus in the mix we find a 12.3 inch screen and up to 16 GB of RAM and 1 TB of SSD storage.

The device became available on October 16th, priced at around $1150. Surface Laptop 2 is 85% faster than the predecessor and it also sports Intel’s 8th gen CPUs. Microsoft also bragged about having the thinnest LCD screen on any laptop ever. It has a 13.5 inch screen with a 1500:1 contrast ratio and the promise of 14.5 hours of battery life.

Microsoft LTE Surface Pro Has Apparently Been Delayed Till Spring 2018