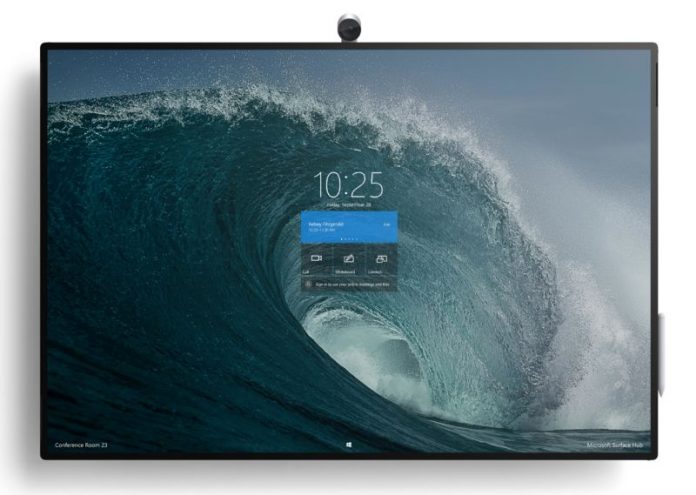 Microsoft sent out press invites in late March, for an event taking place on April 17th, which was yesterday. It was all about the Microsoft Surface Hub 2S, the 50 incher that was finally unveiled and you can watch its latest presentation below.

The device comes with a 3:2 aspect ratio and a 4K+ Pixel Sense display, that supports the Surface Hub 2 Pen. It’s a giant touchscreen, used for presentations , corporations, office meetings, PR and marketing areas. Specs include an 8th gen Intel Core i5 quad core CPU and on the graphics side we’ve got Intel UHD Graphics 620, 8 GB of RAM and 128 GB of SSD storage.

The price is obviously one for corporate bigshots: $8999. The debut happens in June and it seems there’s another generation of product ready for debut, the larger 85 inch Microsoft Surface Hub 2, that offers a 16:9 aspect ratio and a non rotating panel. Expect a 2020 debut, perhaps with a bump of CPU, GPU and RAM.

The current gen model has a special stand with 4 wheels, that lets you move the device around from conference room to conference room. Everybody can be seen and head in a videoconference, since the device comes with a 4K Surface Hub 2 Camera, far field microphones, crystal clear speakers and a 4K+ res screen.