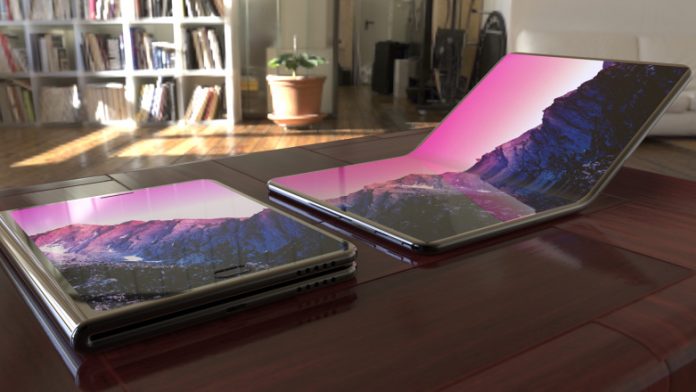 Huawei’s making the headlines again, this time with something official related to a foldable phone. This time things get pretty official, since Huawei CEO Richard Yu just confirmed that a foldable 5G phone from his company is coming in 2019.

We already knew that Huawei was working on a foldable device, so we’re not exactly surprised by this. The 5G part is a bit surprising, but if it comes in the second half of 2019, even that could have been predicted. Last we heard June was the max time frame for the release of a foldable from Huawei. Back in September the same Yu told a German paper that the foldable phones could replace PCs.

That’s because they could expand their screens to much larger sizes, tablet sizes even. Samsung seems the favourite in this race so far, being rumored to have a prototype ready to show as soon as November. The so called Galaxy F has long been in the rumors, but now it’s dead set on an unveiling on November 7th, during the Samsung Developer Conference. That may be an unveiling behind closed doors, ahead of a presentation at CES 2019 in January.

That device has a 7.3 inch tablet screen, which can collapse to a 4.6 inch smartphone. It’s not very clear if Huawei plans to go the “open book” way for its foldable like Microsoft, or the vertical clamshell like Samsung.