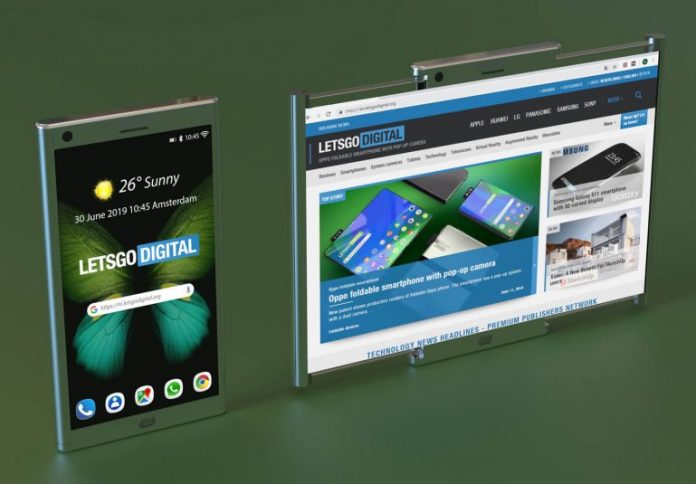 It’s no doubt that something is brewing over at the Samsung HQ, since there have been simply too many leaks of future foldables. We’ve seen patents, renders and various concepts of such devices. Today marks yet another leak, once again Letsgodigital rendering a device based on a patent. Let’s see it.

There’s an ingeniously flexible screen in the mix and in order to expand the typing and viewing surface you just pull the device’s sides. It would appear there’s a rollable mechanism in the mix here, one that would rotate a flexible surface that expands or shrinks depending on the rotation. It’s a roll up tablet once again, but a different one, since it can roll out and in.

Unlike other rollables this one doesn’t roll up, but rather it rolls to the sides, in width. The patent was filed by Samsung Display and on June 11th 2019, the patent called “Display Device” was published by the USPTO (United States Patent and Trademark Office). It includes 27 sketches and a lot of documents about a mobile device with a retractable screen. 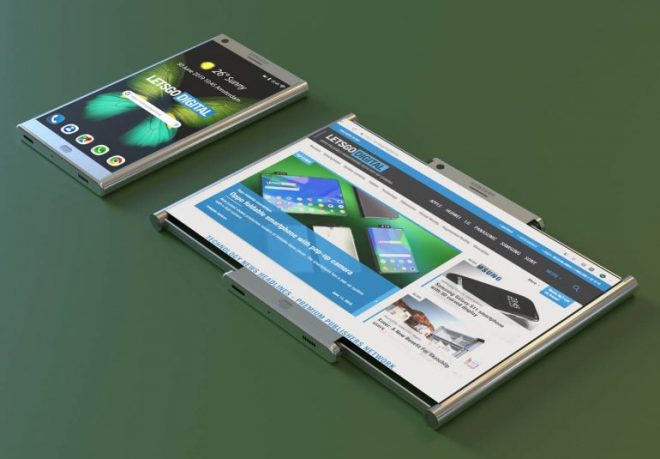 The rolling mechanism gets the most coverage here. Once you pull it out, the user gets a screen size that’s almost 3 times bigger than the original format. The rolling mechanism may be combined with a moving rail and it’s ingeniously rolled up in the housing. It can be easily carried when folded back inside. In its standard format, the device feels much like a Galaxy A, an older one. We’ve seen flexible and rollable phones shown as concepts and prototypes before, but they were rudimentary.

In spite of the fact that this device sounds and looks cool, it could be pretty hard to pull off, particularly since Samsung can’t afford to have another foldable fail. 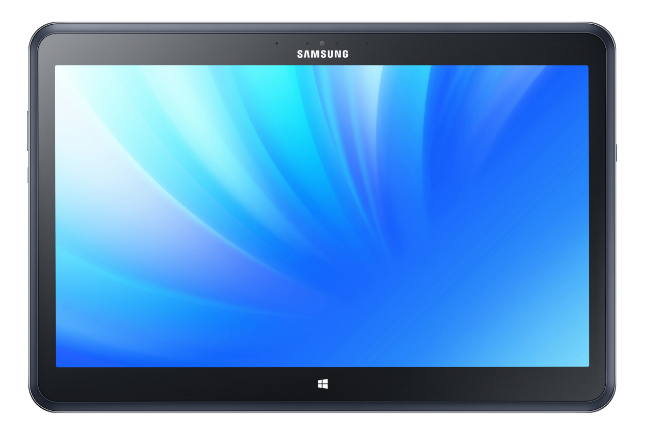 Samsung High Resolution Tablets Are Lacking in 2013; What’s up With...