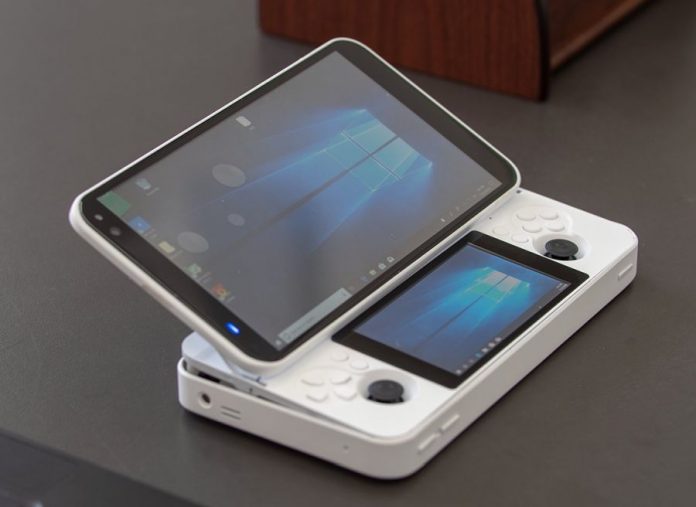 PGS is a name I must admit I haven’t heard, but then again we don’t hear about all the dual screen gaming PCs out there. It’s been over two years since the company cancelled a pretty weird Kickstarter campaign, for a handheld computer for gaming. PGS still wants to launch the product, which is probably why it just posted some pics of it on Twitter.

It feels like a souped up Nintendo DS, with a larger screen and a smaller one on the body, flanked by thumbsticks. There’s also a D Pad, action buttons and the main screen is tiltable. The price was pretty ambitious, when the device came out for the first time. We have yet to see a working prototype, so we’re ultra cautious. 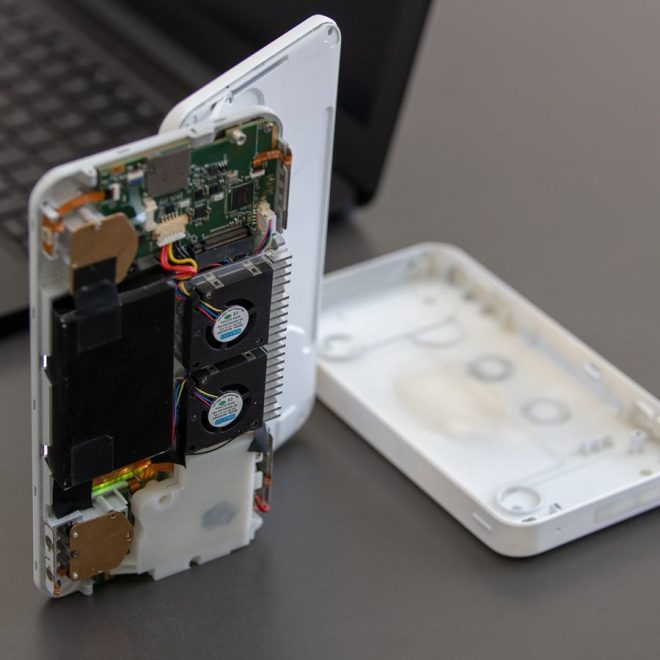 The latest pics show a custom computer board, a cooling system and also a smallish battery. There are dual screens here and a hinge which lets the device be used in a single screen mode or multi screen mode. The developers are also going through a processor upgrade, as the Intel Atom x7 that was originally mentioned feels underpowered now. 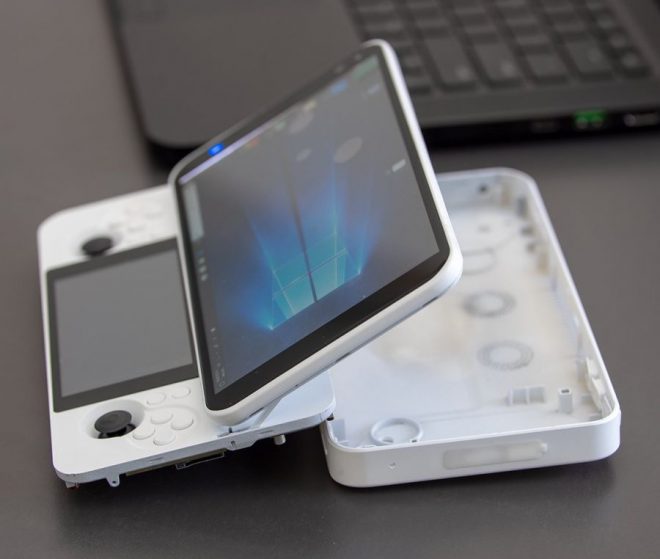 A Core m3-8100Y has been picked instead. 8 GB of RAM and 128 GB of SSD storage are also here, plus dual boot ability into Android or Windows. But don’t get your hopes up, because I’ve seen many consoles of the sort crashing and burning. I feel that they should fix the plastic case first and get a better screen panel.

GPD Win GamePad Tablet is a Gaming Device With an Excellent...