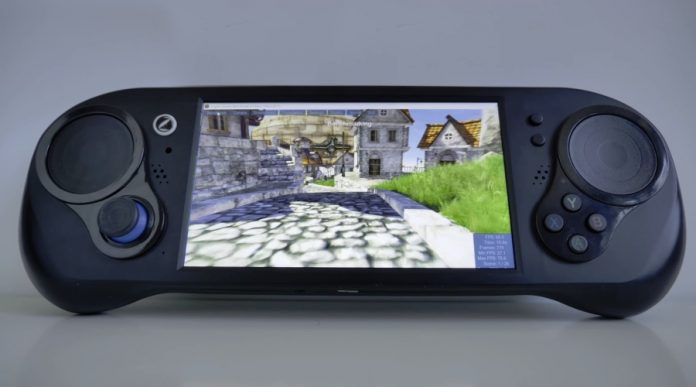 I have seen quite a few gaming devices derived from tablets and phones over the past years, so much so, that the Smach Z is definitely no surprise. This handheld gaming PC is expected to start production in early 2019 and we have a hands on below.

Smach Z has been in the works ever since 2014, when it was known as SteamBoy. Now the folks behind it, Smach have released a series of promo videos, showing the device’s abilities in the gaming department. Smach Z has a 6 inch Full HD touchscreen display and it comes with physical game controllers on its left and right sides.

It feels a bit like Valve’s Steam Controller, with an analog stick on the left and action buttons on the right. The left and right touchpads are multifunctional. Smach Z has gone through multiple phases, showcased as non functional demo units for years now. Expect a Kickstarter and Indiegogo campaign soon.

Specs include an AMD Ryzen V160B embedded processor, Radeon Vega 8 graphics, WiFi, Bluetooth, USB Type-C, microUSB and USB Type-A as well as an audio jack, DisplayPort and SD card reader. It can be picked up with either Windows 10 or Linux, in the form of a Smach OS, which runs Valve’s Steam client.

Preorder prices start at $629 for the Linux version with 4 GB of RAM and 64 GB of SSD storage and no camera. 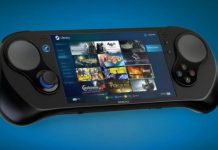 Smach Z is a Handheld Gaming PC, That Relies on an AMD Ryzen V1605B CPU