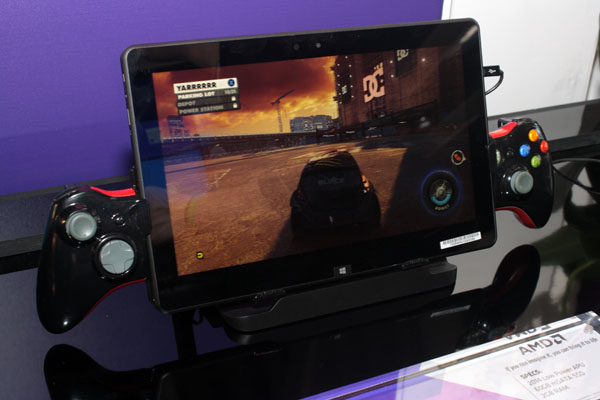 Nvidia and Qualcomm are not the only companies fighting to get a bigger market share in the area of mobile gaming, but also AMD. They have the Mullins family of APUs, that are ready to fight the Snapdragons and Tegras.

The reference design AMD Project Discovery is a 11 inch slate with DockPort and it’s demoed below. This is a fanless device capable of 3D graphics and AMD must be careful here, because the previous mobile initiative called Temash wasn’t very well received. Mullins is based on Puma cores with 28 nm production process and a GPU with Graphics Core Next architecture. 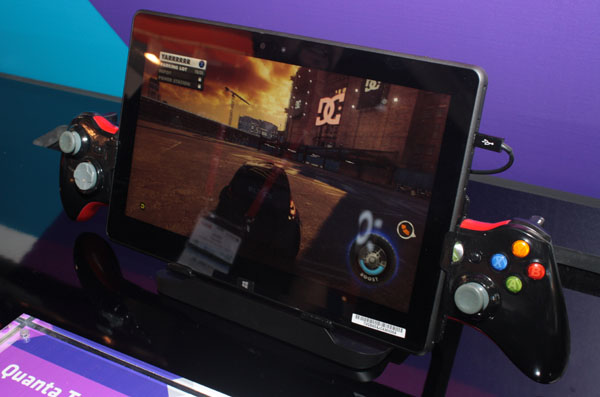 This enhances the performance by 35% compared to the Temash CPU power and by 22% in the GPU area. The reference design demoed below (made by Quanta) had at  its core a quad core Mullins APU clocked at 1.2 GHz, combined with 2 GB of DDR3 RAM and a 60 GB SSD, on which Windows 8.1 64 bit should fly well. The AMD ambitions are very high, considering they’re powering the best consoles right now, PS4 and Xbox One, but will they succeed on mobile devices?