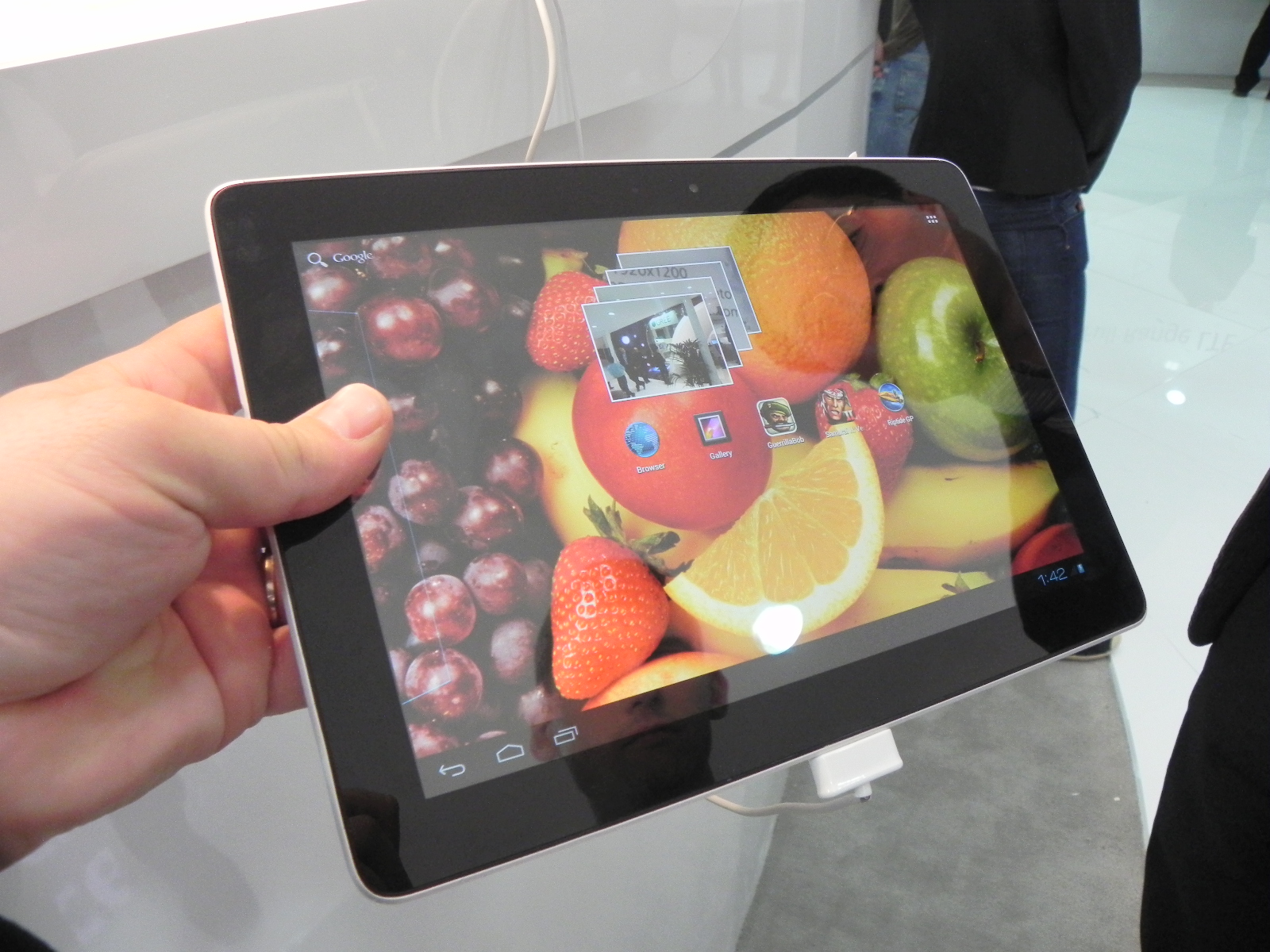 We continue to have a look at what Huawei brought at MWC 2012 and we find the 10 inch tablet MediaPad 10 FHD, the follow-up to the original MediaPad, that was the first unit to run Honeycomb 3.2. The new model is a quad core unit and it was almost forgotten about during Sunday’s Huawei conference, where the officials mentioned it in passing after the Q&A session. 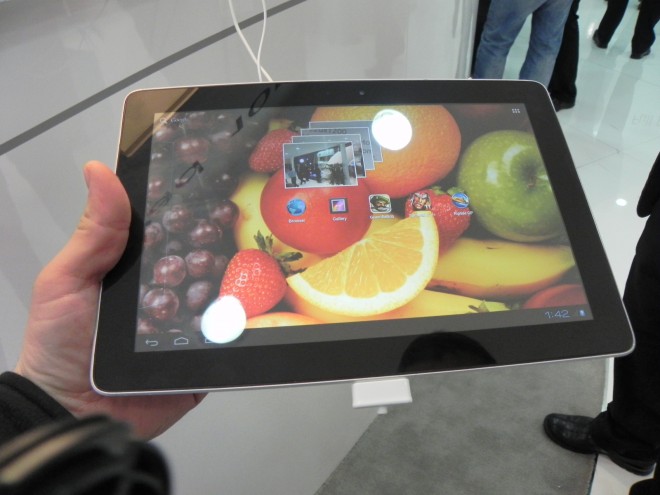 This device runs Android 4.0 ICS, it has a top notch resolution and it uses a CPU made in house by Huawei. As far as design goes, this model looks a bit like the HTC Flyer and also a little bit like the Galaxy Tab units from Samsung. Huawei MediaPad 10 FHD has rounded edges and fortunately this device runs Android in its stock version, so there’s no customization to slow it down. There’s also a 3G/LTE version of the tablet, in case you want more than WiFi. Here’s the specs list for the new MediaPad:

The product combines plastic and metal for a good looking case and adopts the Samsung idea for a proprietary port, so when you’ll lose the special cable for it, you’ll feel really lost. I’m curios if this model will be sold normally, unlocked and without contract, or if it will be rebranded and sold with a very affordable price on Orange for example, like the original MediaPad. Right now in the quad core segment, I have a feeling that will be the most affordable option… aside from the ASUS 7 incher that’s supposed to cost $250.

Chuwi Hi9 Plus to Debut at Global Sources Expo in Hong...