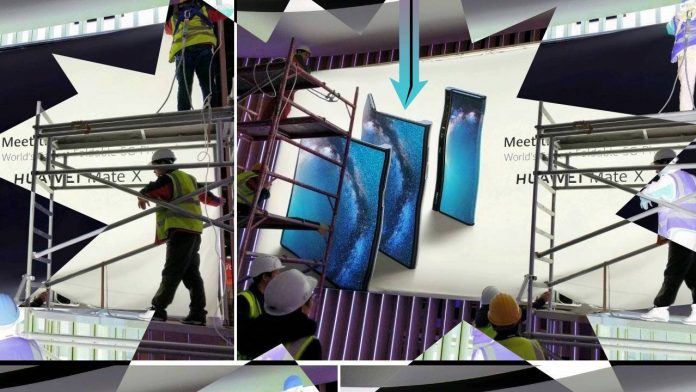 Samsung’s foldable Galaxy Fold has been the talk of the town over the past few days, but it’s ready to be outstaged by the Huawei Mate X apparently. That name came up on wall in Barcelona, during MWC 2019 preparations, together with a few renders.

We were expecting to see a Huawei foldable at MWC 2019, also with 5G, but had no idea what its name would be. The device seems to take a different approach compared to the Galaxy Fold. This one feels like a narrow tablet, that has a side piece folded behind it. There seems to be a “core” of the unit, that holds components and is easier to grip, like the Lenovo Yoga cylinder.

When folded, the handset is very narrow and looks like a very elongated machine, far from your average smartphone. Galaxy Fold has two screens, the main one and the cover, while the Huawei Mate X has an almost square approach and a piece of it folds. We’re still waiting for Xiaomi to show off its triple fold machine, which feels similar to this one, but with two pieces folding behind the back.

Looking closely, I feel like I’ve spotted a second screen on the core of the device, since I see symbols on the left side of the machine on the top render. Bezels are reasonably narrow all around. We’ve also heard the device is going to have a Balong 5000 5G modem, so I expect a huge price. 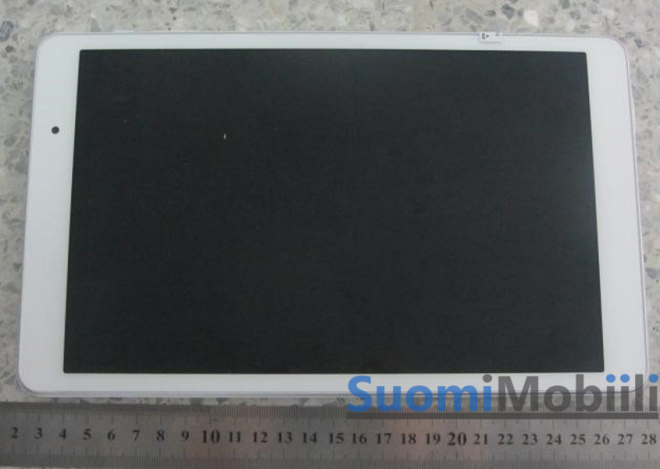