Cloud Gaming is becoming a bit of a trend lately and now Gaikai gets a big piece of it by partnering with Nvidia. Gaikai is the project made by David Perry, the mastermind behind the famous Earth Worm Jim game. This service will allows gamers to play from any device with a high speed Internet connection and HD streaming capability.

Well, it does sound a bit like OnLive, with the difference that the latency is smaller, so lag won’t be a problem. Nvidia and Gaikai made the announcement together on stage, showing off the Nvidia GeForce Gri GPU on the ASUS Transformer Prime. Using the Nvidia cloud, the GeForce Grid relies on 2 Kepler GPUs with 3,082 CUDA cores. Thanks to all this tech goodies, it manages to push 4.7 teraflops of 3D shader graphics. A demo was also shown and it involved a wonderful shooter called Hawken, that you can see in action below.

Ten milisecond latency was achieved and Gaikai promises to bring this gaming experience to smartphones, television sets, tablets and more. On the price side, well Gaikai is free for now, offering demos of famous games from any desktop browser. We could see a final product with a monthly fee like Netflix and full access to the impressive gaming catalog. Among the publishers pushing this idea we find Epic, Capcom, THQ, EA, Ubisoft and Sega. 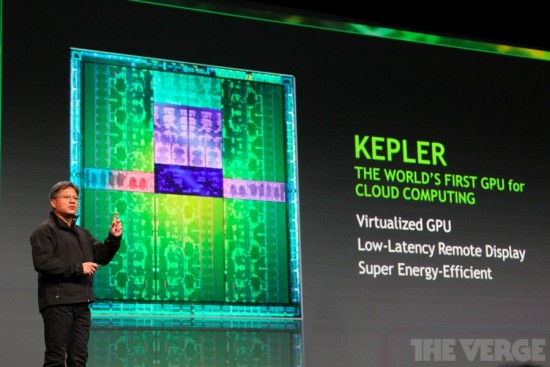 NVIDIA Shield Tablet Arrives in US and Canada; Prices Starting at...