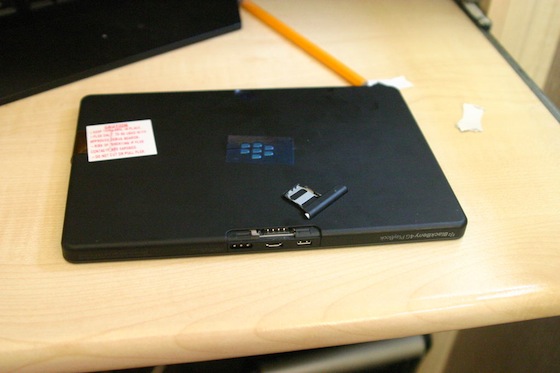 The BlackBerry PlayBook is a tablet that by now was supposed to come in 3 4G versions, including LTE, HSPA+ and WiMAX. Or should I say “4G”, since in the USA HSPA+ is sometimes called by carrier 4G… However, it’s only the WiFi model that we’ve seen till now, but the 4G units are lurking out there and were uncovered by the folks of Crackberry.

Crackberry forum user Fakedeadmau5 says that he bought some 4G units of the PlayBook, but he didn’t have a proper SIM for them, so mobile data details are unclear. The software is the interesting part here, since the 4G PlayBook runs a developer build of the OS numbered 127.0.0.2980, while the current release build is 2.0.0.7971. There’s also a new app layout in the mix, with an icon for the BlackBerry Messenger app. Last I heard, BBM was omitted from the PlayBook 2.0 OS, so it’s interesting to see it here.

If I’m not mistaking, RIM is rumored to already be working on PlayBook OS 3.0, or at least something that serves as intermediary OS release till BB OS 10 comes to the tablets. A way to get out of this confusion? Release a PlayBook 2 tablet and that’ll be that! 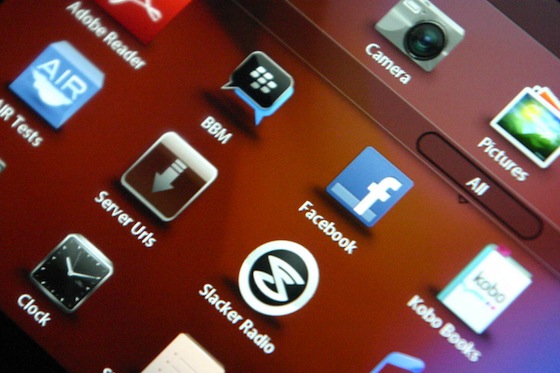