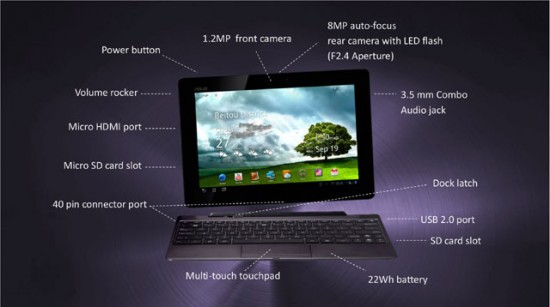 Unbelievable as it may seem, ASUS is preparing to go the Apple way, that is launch an accessory for a faulty product instead of admitting the blame. As you know, there were quite a bunch of Transformer Prime users vocal about the tablet’s defects when it came to GPS signal. Then ASUS launched a software fix, but that didn’t work… so they’re preparing a hardware fix!

ASUS will release a GPS dongle, that will supposedly come in mid April and solve the issues. Luckily the product is free of charge  and the info comes from a user on XDA, who posted an email dialog between him and an ASUS product manager. He detailed the dongle as minimal in design and sitting flush against the tablet, connected to the proprietary input. The same ASUS man wasn’t sure of the distribution method of the product and I for one won’t believe this till I see it.

ASUS is not the kind of company to pull something like this off, especially since they’ve been very vague about the GPS issue of the Transformer Prime. The same email exchange mentions that there will be a new and enhanced Transformer Prime series with better WiFi and a serial number marked with C3. So this means that current Prime users can eat their heart out and be stuck with a totally ugly looking accessory. Any other solution?