Today, Apple announced not one, but two new tablet devices, the iPad Air 2 and the iPad Mini 3. While the 9.7-inch iPad Air 2 got the biggest prime-time in the Apple event, this thing didn’t applied for the little 7.9-inch version arrived now at its 3rd generation, tablet that was just mentioned on the stage in hurry.

In terms of specs, the iPad Mini 3 brings a 7.9-inch LED IPS display with a 2.048 x 1.536 pixels, an Apple A7 64-bit processor that delivers amazing performance without sacrificing battery life, 1 GB of RAM memory and 3 storage options: 16 GB, 64 GB and 128 GB. This tablet offers the same iSight 5-megapixel camera from the previous model and a 1.2-megapixel front-facing HD camera for Facetime video calls and selfie captures.

Also, the iPad mini 3 offers a Touch ID fingerprint scanner, a component that is already found on iPhone 5s, iPhone 6 and iPhone 6 Plus, and even on the new iPad Air 2 that was announced in the same today event. We receive a Wi-Fi performance upgrade too from the iPad mini 2, this new tablet bringing two antennas and the MIMO technology.

In terms of dimensions, Apple iPad mini 3 weighs just 331 grams and measures 200 mm in length, 134,7 mm in width and just 7.5 mm in thickness. This tablet will be available in three different color variations: gold, silver and space grey, with prices starting at $400 for the 16 GB model, $500 for the 64 GB version and $600 if we want the 128 GB model. We also have the choice to get the LTE-enabled iPad Mini 3 with $130 more added to the standard price. 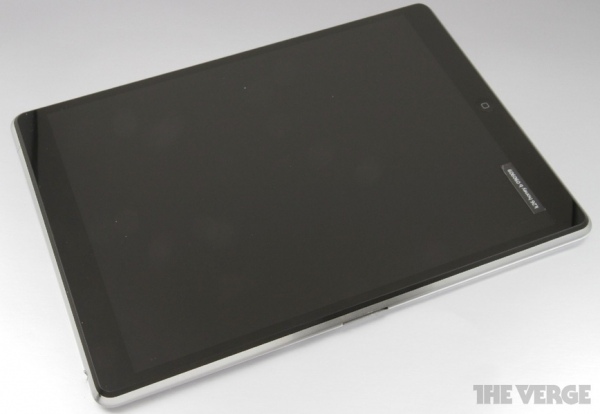