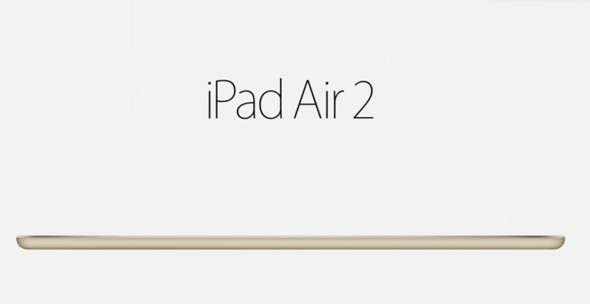 As expected, during the Apple event that is live right now, the company announced the launch of the iPad Air 2, the world’s thinnest tablet available on the market. More precisely, this tablet measures now just 6.1 mm in thickness, with up to 18% less in size compared to the first generation of iPad Air, and weighs 435 grams. 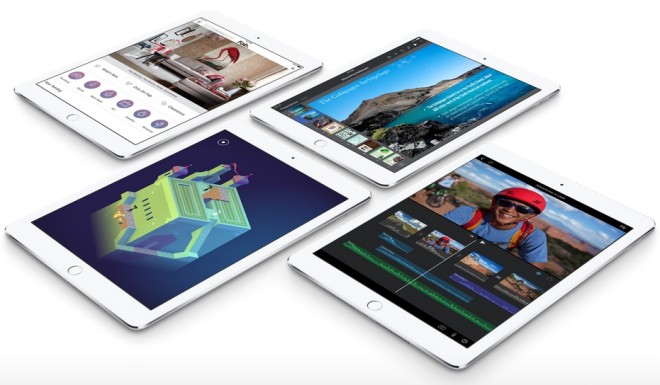 We get to know that compared to the first iPad, this new one is a lot slimmer thanks to the combining of the three display layers into just one, a way that makes the gaps between layers to be eliminated and the internal reflectance to be reduced. Thanks to this technology, colors are richer, contrast is a lot higher, and the pictures are sharper and more vivid. 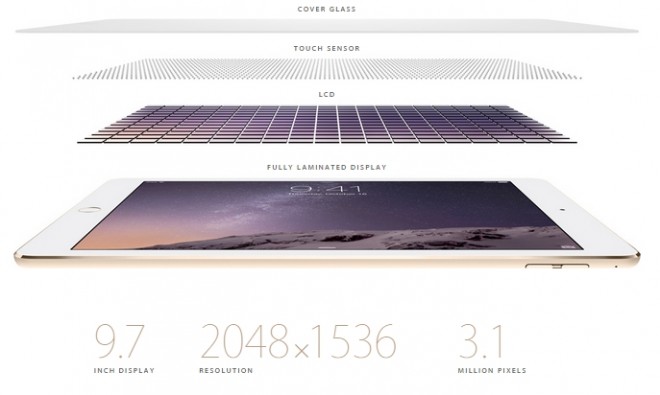 On the hardware side we have a 9.7-inch LCD laminated display with a anti-glass reflection protection and a 2.048 x 1.536 pixels resolution, an Apple A8X processor developed on 64-bit architecture that offers 3 billion transistors, a speed improved with 40%, and a 2.5x faster GPU than the actual Apple iPad Air that is currently selling on the market. 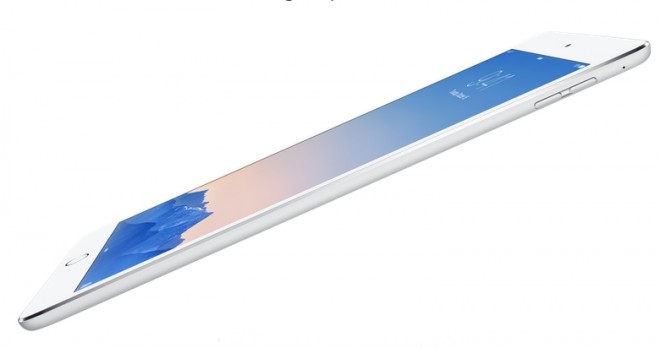 This device gets a 8-megapixel iSight rear camera with a f/2.4 aperture than can record in Full HD at 30 fps or at 120fps in slow-motion videos. There’s also the possibility to record time-lapse videos and to shot photos in burst mode, a function that is already present on the iPhones. 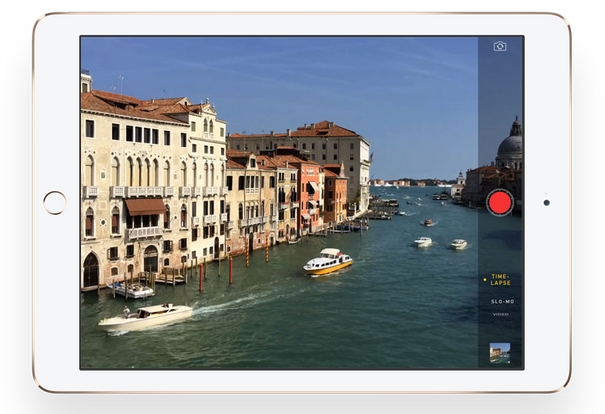 As you can see from the pictures above, the iPad Air 2 also brings a Touch ID fingerprint scanner. With such a feature, we’ll be able to quickly unlock the device in a more secure way and to use our fingerprint to sign in and authorize new actions without having to enter long passwords in App Store, iBook Store or iTunes.

On the connectivity side, Apple iPad Air 2 offers LTE and Wi-Fi 802.11 a/c with MIMO antennas that are rated up to a 866 MBps conenction rate. This tablet will be available in three color variations (silver, space gray and gold) and they’ll be available for pre-order starting tomorrow with prices starting at $499 for the 16 GB version, $599 for the 64 GB model and $699 for the iPad Air 2 that brings in the package 128 GB of storage. 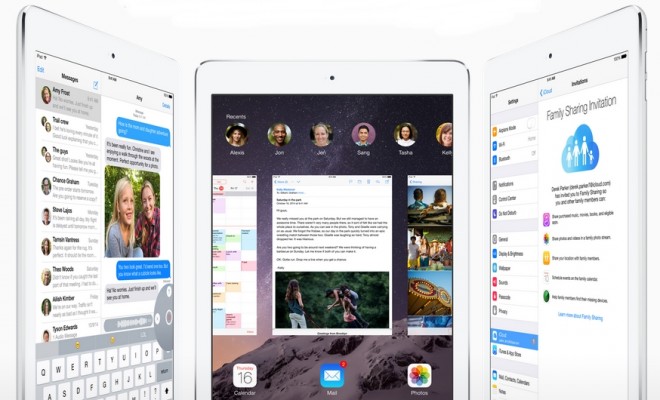