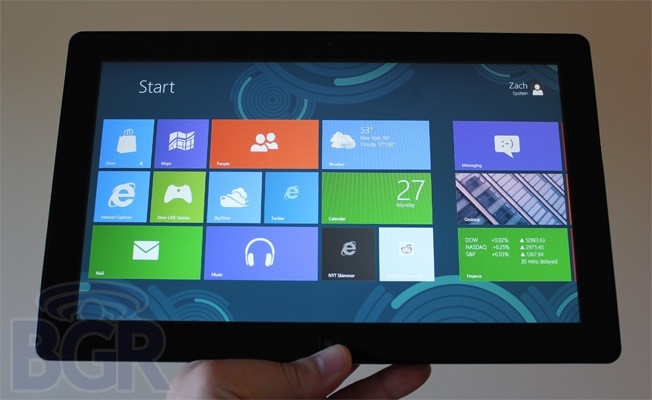 We’ve heard a lot about Windows 8, seen it in action and even tested it ourselves. One matter remains unclear however: when will this OS launch? The latest speculation points towards October, with some inside sources behind this info. Last I heard, the platform was supposed to debut in Q4.

Bloomberg is saying that the October launch date is pretty much sure, while the OS will be completely finished this summer. Intel x86 and ARM devices will debut at the same time, eliminating doubts that ARM units may even come as late as 2013. In October we’ll see the first wave of both tablets and desktops PCs, plus obviously laptops with this OS. Last I heard, Lenovo and Dell were among the early adopters of the platform, promising device launches on the exact same day of the operating system debut.

Microsoft’s Windows 8 Consumer Preview were unveiled during a press conference at Mobile World Congress 2012 and it looks and feels really nice. Do you feel ready to spend your hard earned money on a Windows tablet? Or do you want the iPad 3? The only way Windows 8 can get a decent market share is being launched on devices with 8+ hours of battery life… otherwise it’s a dead end for MS.