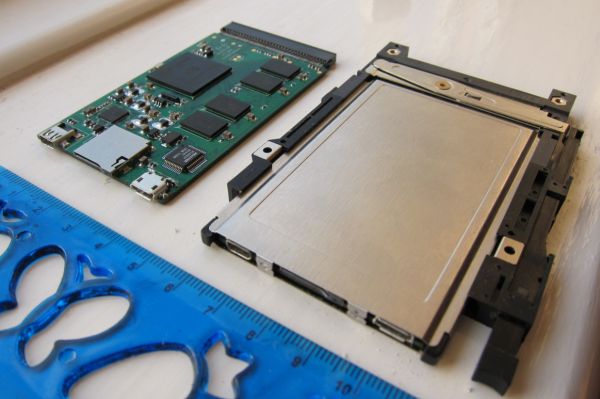 We’ve got an Ubuntu Touch tablet OS out there, but a true 100% Linux tablet isn’t out yet. KDE developer Aaron Seigo had big plans in 2012, announcing plans to build a tablet that runs open Mer Linux and the KDE Plasma Active environment.

This is the Vivaldi tablet I’m talking about and sadly the project has been hit a few times by setbacks and so was the prototype. Now the project has reached a phase where there’s a model based on the EOMA-68 computer module from Rhombus Tech. This means the slate will feature a single card that holds the processor, memory and storage and you can swap it from the device in order to upgrade it.

Basically, we’re dealing with a modular tablet here. The Rhombus Tech team is working on a card featuring an Allwinner A10 ARM Cortex A8 single core processor, with 1 GB of RAM also on board and 4 GB of storage. The goal is to get an even more powerful card with a dual core CPU and the codename Flying Squirrel. It’s most likely the ARM Cortex A7 Allwinner A20 chip.

The Flying Squirrel will pack a 7 inch 1024 x 600 pixel IPS display, the same one from the Amazon Kindle Fire. Here’s a piece of the EOMA Card and project below: