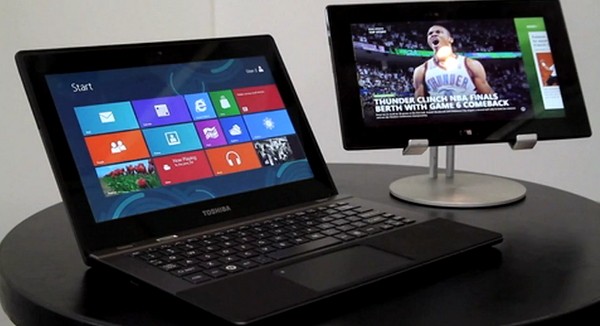 There’s still stuff being uncovered on the web from Computex 2012, that took place two weeks ago. An interesting piece of hands on came up in the video below, a Toshiba ARM laptop with Windows 8 RT and touchscreen. Behind the great and fluid functioning of the device is a TI OMAP 4470 dual core CPU that handles the task great.

Back at Computex Toshiba only showed a non functional ARM notebook with Windows 8 RT and now the device is finally seen in action. The processor is a dual core ARM Cortex A9 with a maximum clock speed of 1.8 GHz and has an integrated PowerVR SGX544 GPU. Swiping between apps and web browsing is what you get from the video below and it all works in a very fluid way. Notice that the format of the device is once again a combo between a touchscreen and a physical keyboard, an idea that we’ve seen a lot lately, associated with Windows 8.

Usually, such laptops with touchscreens turn out to be in fact tablets with keyboard docks, so this could be the case here as well. With the avalanche of Tegra and Intel-based models out there, it’s good to see that TI is still making stuff to compete with its rivals. 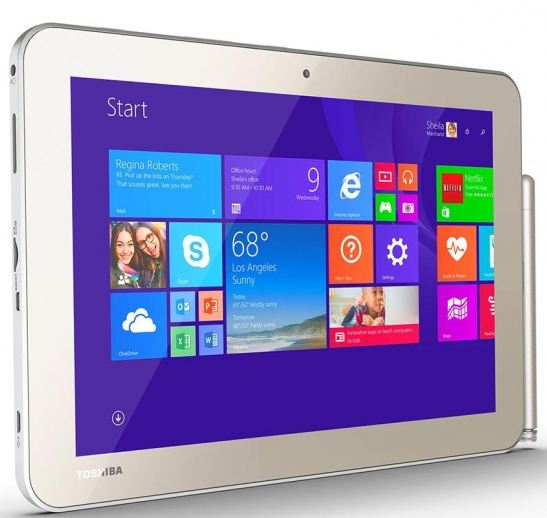