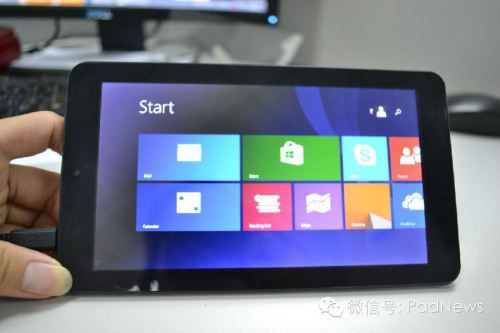 Recently, during a tech show that took place in Hong Kong, a couple of Chinese producers revealed for the first time in the front of the audience two new Windows 8.1 tablets that are arriving on the market under the $70 price tag. More precisely, these devices are available for just $65.

One of these tablets is the Emdoor EM-I8170, tablet that brings a 7-inch screen with a 1.24 x 600 pixels resolution, a quad-core Intel Bay Trail Processor, 1 GB of RAM memory and 16 GB space of internal storage. Also, there’s another 8-inch model with similar specs, this one being developed by the Ployer company.

Even if the price of such a tablet is a very low one, as we can see from the picture above, both the colors and the viewing angles of the display are very disappointing. However, these two producers showed up the fact that such a tablet can be developed, and there’s hopes that other producers could apply this idea too.