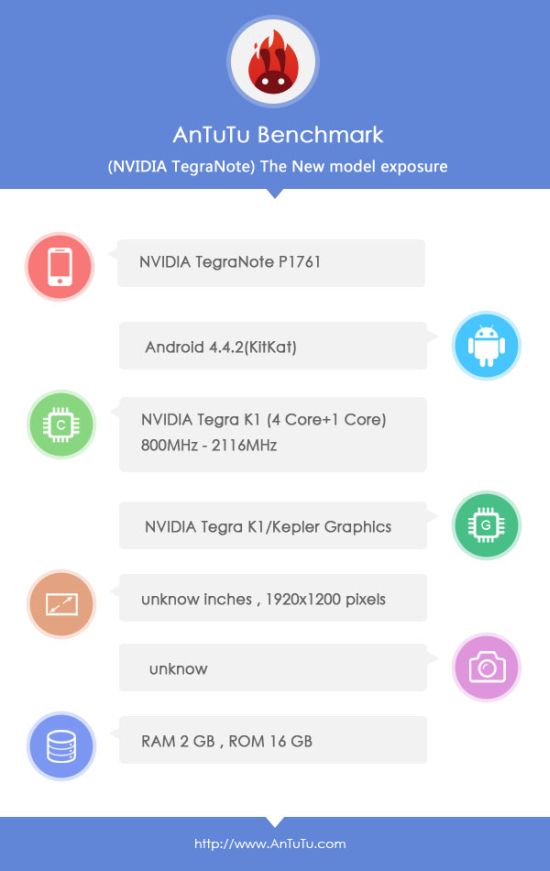 The Tegra K1 processor is the next step in the evolution of Nvidia mobile CPUs and it follows up the not so successful Tegra 4. Now there’s a prototype tablet out there, based on this chipset, as shown by a recent batch of leaked benchmarks.

The Nvidia Tegra Note tablet prototype has been spotted in the likes of AnTuTu, this time with a Tegra K1 on board. The chip has, among others 192 GPU cores with CUDA technology. Nvidia claims that its power beats the one of the Xbox 360 and the PS3. The chip is not yet ready for the masses, so the Tegra Note mentioned here may have the role of testing it before launch.

The device is listed as Tegra Note P1761 in AnTuTu and it comes with 2 GB of RAM, 16 GB of ROM and Android 4.4.2 as the OS. The main feature here is the 4+1 core Tegra K1 with Kepler graphics, that scores much better than the Tegra 4-based Note device from a few months ago. This is a work in progress, that’s why the score is not as impressive, as you’d like it to be. 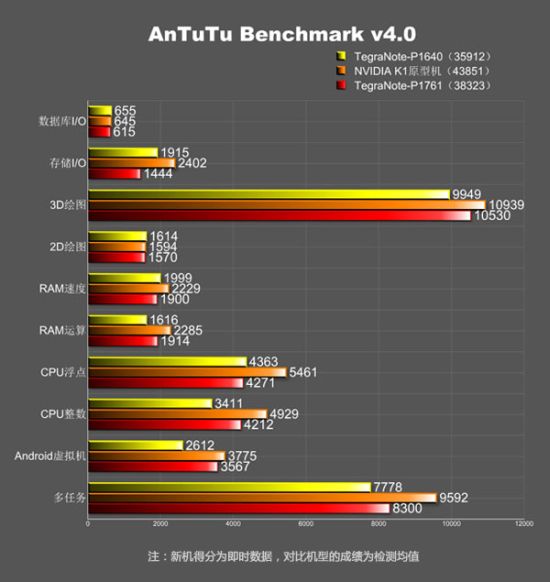