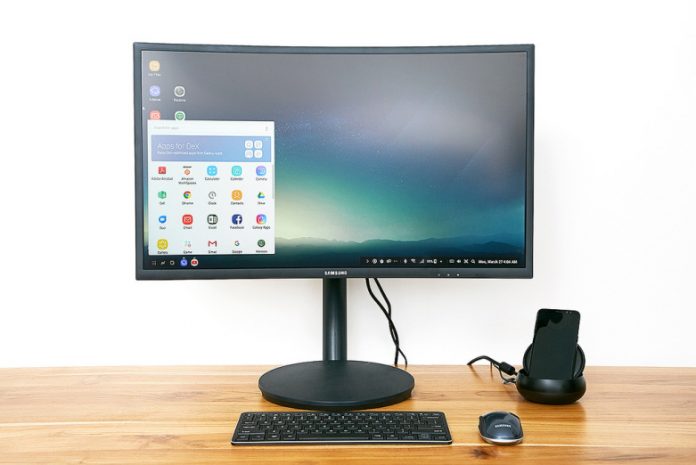 Since we’ve just entered December, it means it’s high time for the Samsung Galaxy S9 production to start. The device could end up being unveiled at CES 2018, but it’s more likely that we’ll see it just before MWC 2018. In the meantime a fresh leak mentions a new generation of desktop dock, called DeX Pad.

This name makes me think of a tablet to be honest and a device that feels like the ASUS PadFone. In spite of that the source refers to an actual dock, one that would convert the Galaxy S9 into a PC replacement, this time without needing a mouse and keyboard. The device’s screen will serve as both, apparently. You will be able to place the Galaxy S9 or Galaxy S9+ flat on the desk and use the display as the mouse pad or keyboard.

It’s not very clear how the Galaxy S9 hooks up to the DeX Pad, either by insertion into a special dock with pins and ports, or just USB Type-C. Then there’s that old modularity rumor to consider… The DeX Pad is said to be launching at the same time with the Galaxy S9, but we can’t say when that will happen. The first DeX debuted this Spring and it was an USB Type-C dock, that had the Galaxy S8 on it and hooked up to a monitor, mouse and keyboard.

Its functionality was expanded with the Galaxy Note 8 version, that even included multitasking, gaming features, videocalls and much more. Once again, to me DeX Pad sounds very much like a tablet, a PadFone.