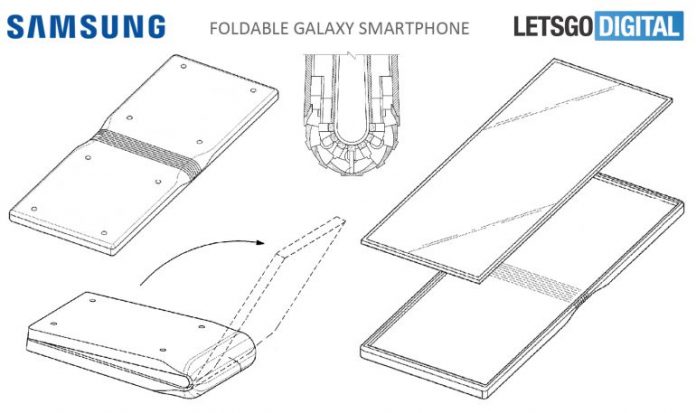 Microsoft seemed to have the upper hand over Samsung with the latest foldable phone design patents. They had a nice hinge thing going on, pretty solid and well built, resilient to potential stressors. Now Samsung strikes back with a patent of its own, for a foldable phone that uses a smarter hinge.

Samsung filed the patent with the WIPO, for an electronic device that uses a flexible display. The sketches shown here reveal a design that’s similar to the previous ones and it seems that Samsung is still working on the final design. It was filed by Sammy in May 2017 and published by WIPO only today. It’s written in English and describes a hinge that prevents a phone from big deformation and damage. 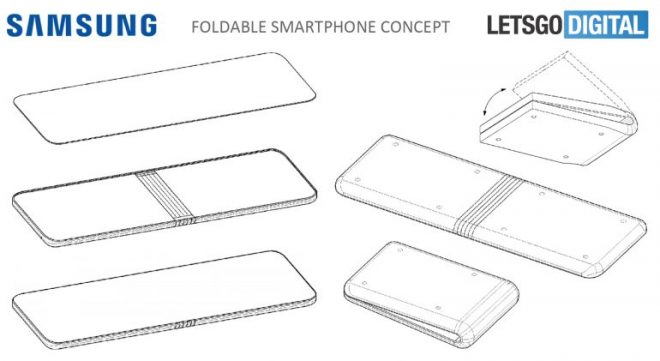 I see there several flexible pieces will rub against each other, aiding with the foldability of the device. This reminds me of a tank’s tracks, if you really want a comparison and that’s also the approach the Microsoft took. Documents from Samsung mention this as a smartphone, portable phone, navigation device, game console, TV and PDA. PMP, tablet, laptop and in vehicle unit are also here.

One of the sketches makes the device appear to be a clamshell, a theory we’ve heard related to Samsung before. In folded state, the hinge members will keep the curvature of the flexible display at a predetermined value. This prevents extra deformation of the device. It feels like Samsung has fixed the resilience problem.