Remember the Microsoft Courier? Odds are that you won’t, since it was a project back in 2010, that featured a device opening up like a book, in order to reveal a dual display, connected by a hinge. Guess what! It’s back, as revealed by a patent.

This time the machine seems a big slimmer and includes a special array of flexible circuits, a hinge sub-assembly and various hinge arms. Microsoft has been working on a flexible machine for years now, with a variety of prototypes leaked, canned and then revamped. The Courier was the last big one, being developed in 2009 and leaked over the next years. 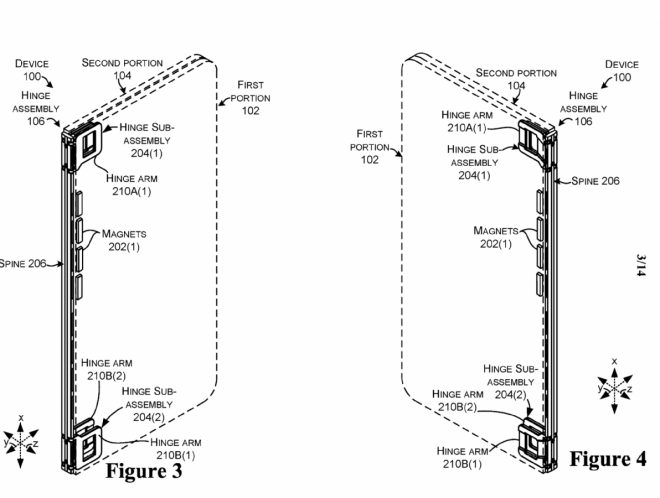 We thought it was cancelled in the end, but apparently not. It resurfaces via a patent from November 2016, one that was published recently and shows a freshly developed hinge mechanism. It seems to use a combo of clever mechanics and magnets to create a foldable device. It’s supposed to remain securely closed when you snap the two parts shut.

The hinge is also supposed to remain unseen. Microsoft’s Surface series already does a fine job with keeping MS relevant in the tablet biz and it also showed some intelligent approaches. We’re talking about magnets, magnesium and impressive mechanical designs on the Surface Book. With Samsung trying to come up with a flexible tablet for years now, Microsoft’s alarm bells may have been set off by an imminent release, so maybe they’re up to something fresh as well.