There’s a new tablet in North Korea, one that’s apparently called the “iPad” and the local device makers are bragging about the fact it brings 40+ apps. Of course the name is rather unfortunate, but Apple has a long way to go till the can sue North Korean firms and actually make it count. Let’s see what this device is all about.

The slate runs an unknown OS, which is probably based on Android and brings lower end specs. Apple hasn’t commented on the use of its brand on the product, by the way. Fully named “Ryonghung iPad”, the slate was made by the company Myohyang IT Company and works in tandem with an USB keyboard and a case. Overall, it’s supposed to be a laptop replacement, but my guess is that the keyboard is very cramped, judging by the few pics we have so far. 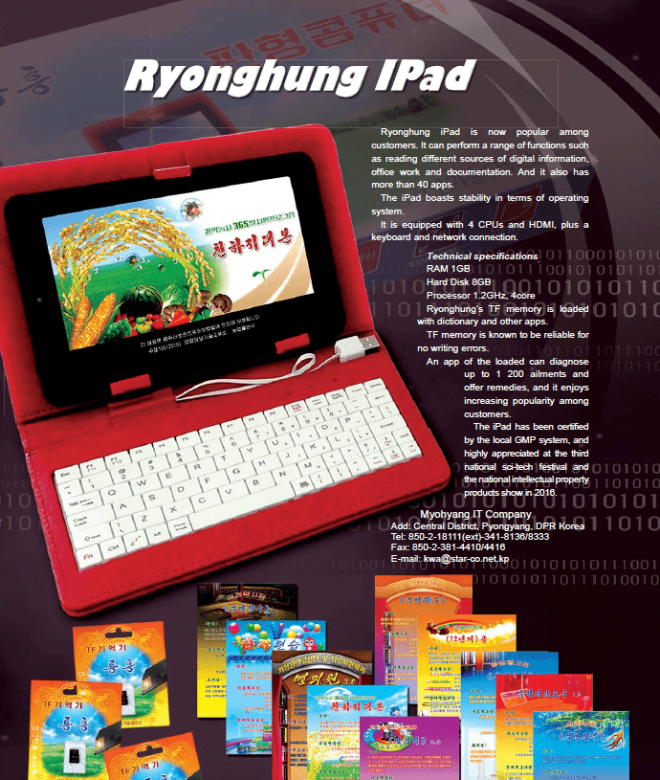 The tablet is actually quite different from an iPad, since it features an HDMI port, a mystery quad core 1.2 GHz processor, 1 GB of RAM and 8 GB of internal storage. It also brings networking abilities, but since the Internet is limited in North Korea, I wouldn’t bet too much on such features. The OS on board offers a feature called “Good Doctor 3.0”, as well as a calculator and an agricultural software of sorts.

This isn’t exactly the first time we see a North Korean tablet, since a similar product popped up back in December. That one was made for the elite folks of the country. No idea what the “iPad” is priced at, but I’m sure it’s steep. 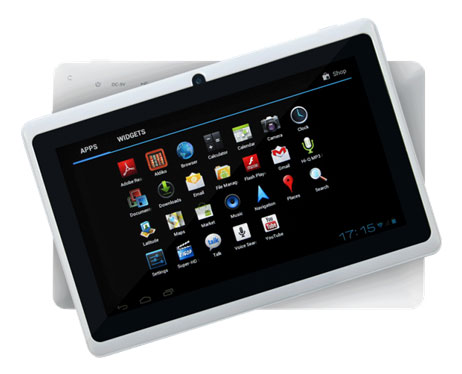