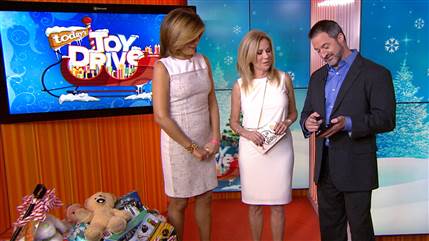 It’s almost Christmas time, so it’s time to think about those less fortunate than us. Microsoft did and it donated 200 HP Stream 7 tablets and $2 million in software to youth related charities. Reid Downey, Microsoft’s General Manager of the New York district appeared on NBC’s Today show in order to announce that donation.

The show took place this Friday and announced that the slates and software were going to the charities. HP Stream 7 is a 7 inch tablet with Windows 8.1 and Office 365 on board, while its specs include a quad core Intel processor and the usual retail price is $99.99. Downey wrote on his blog that the donation was made to close the gap between those who have access to the tools needed for success and those who don’t.

Access to technology is crucial especially for the young members of the community. Charities and non profit organizations also benefit from Microsoft’s software and they also gain access to the likes of SQL Server and Office 365. The NBC Today annual Holiday Toy and Gift Drive has gathered almost $400 million in donations in the 21 years it has been going on.

HP Chimera 2 May be the First Qualcomm Snapdragon 850 Laptop,...