During today’s IFA 2011 debut, Samsung was on a roll, debuting the Wave 3 smartphone with bada OS and two devices with a larger diagonal. The first is the Galaxy Tab 7.7 and the other one is closer to a smartphone than a tablet, with a diagonal of 5.3 inches. I’m talking about the Samsung Galaxy Note, pictured below.

One of the Samsung officials said that devices are divided into 3 segments now: tablets, phones and… Note. This newcomer also brings a stylus, Android 2.3 Gingerbread and HSPA+ connectivity, all of that coupled with an AMOLED 5.3 inch display with 1280 x 800 pixel resolution. At the back there’s an 8 megapixel camera, while upfront there’s a 2MP one and a inside we find a 2,500mAh battery juicing up the slate.

The brain of this Note is a dual core 1.4GHz CPU, the same you’ll find in the Galaxy Tab 7.7. Considering the diagonal of this thing, a 178 gram weigh and 9.65mm thickness isn’t that big… As far as software goes, Gingerbread is customized with TouchWiz and the 7 home screens are here, as usual. Plus, there’s also the S Pen system, that relies heavily on the bundled stylus.

For example, you have the S Planner app, a native calendar with an included to-do list, while the S Memo software is used for note-taking, also supporting voice, photo, text and handwritten input. 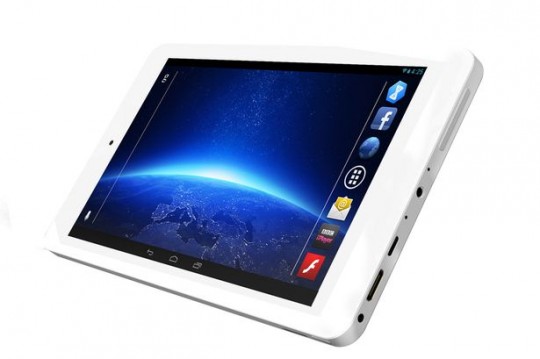