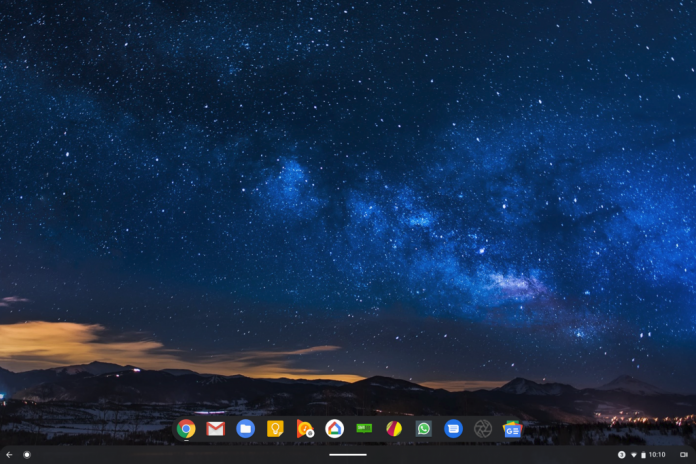 Since gesture based navigation seems to be all the rage on mobiles, why not also have it on tablets? Chrome OS is about to get some Android 10 gesture navigation, according to recent leaks. Let’s check them out.

It all started with Apple and the gesture based navigation on iPhone X. Then Google tried to somehow mimic it in Android Pie, but still left an annoying Back button. Other companies like Samsung did a poor attempt at gesture navigation with mere swipes where the nav buttons would be. Android 10 fixed some of the fumbles of the Android Pie navigation and also added some side swipes.

Right now Chrome OS has been found to sport a swipe gesture for going back, according to people who have seen the future version. That’s taken from Android 10 for sure. Of course you could use the touchscreen or trackpad to do a back gesture in a browsing window, but it won’t be a system wide thing. The new method makes use of 16 pixels from the left side of the screen, as shown by leaked code.

Then there are new gestures from the bottom of the screen. There’s something called “homerview”, a combo of “Home” and “Overview” being added. It seems to be something extra on top of a swipe up on Chrome OS in tablet mode. As of now you just go to the app drawer, but in the future you could do more. It could trigger multitasking in a new way, compared to the overview button down on the shelf or the swipe down from the top that we have now.

Maybe it’ll resemble the swipe up and hold gesture from Android 10 and iPad OS 13. Anyway, it’s not that there are too many Chrome OS tablets there, so that’s double brownie points for keeping the few users happy. May also apply to touchscreen based Chromebooks.