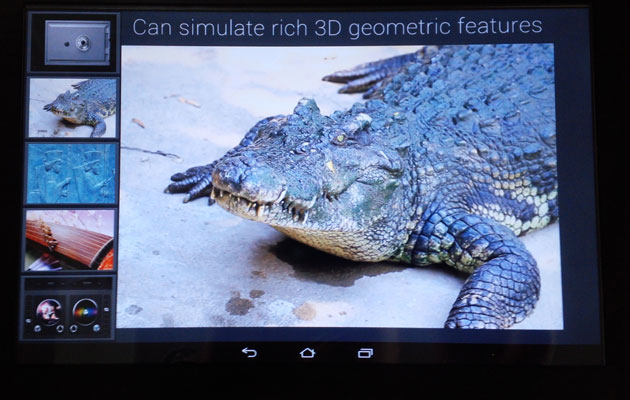 Haptic technology seemed like a big deal a few years ago, but lately there hasn’t been much talk about it. Fujitsu reignites the topic with a new type of implementation. They are working on an ultrasonic system, that varies the friction between the finger and the glass.

It’s all in prototype phase and it has been briefly detailed at MWC 2014. Fujitsu used a demo, showing an user able to pluck the strings of a Japanese harp, turn a combination lock or pet a crocodile. The prototype shown at MWC is just the start and we’ll get a more commercial version by 2015.

The idea is to feel that you’re pressing something slippery, rough or smooth. Who doesn’t want to feel that they’re petting a lizard or some other slimy thing? I wonder if this haptic feedback thing doesn’t mean even thicker screen panels.