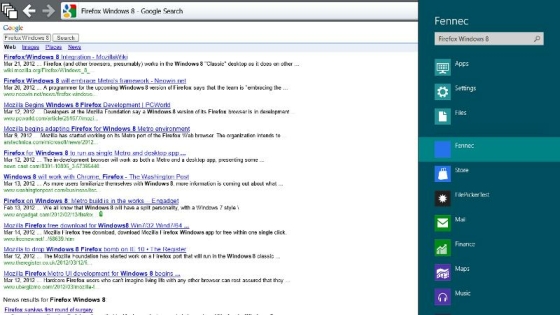 Windows 8 comes with a decent Internet Explorer, but an alternative is never bad, so here goes: Mozilla just teased the Firefox version for Win 8 it’s working on. Just like IE 10, Firefox for Windows 8 adopts the Metro styling, so you get a full screen touch-based UI that’s pretty similar to what we saw on Android, if you ask me.

Developer Brian Bondy posted some pics of the Firefox for Win 8 app on his blog and the browser appears to be based on the Fennec one for Android. There are also some Windows 8 features, stuff like snapping, allowing you to continue surfing the web while another Windows 8 application is docked to the right/left side of the window. This version of Firefox also brings a one line user interface bar at the top of the screen, so instead of having the tabs at the top, this time we’ll get them on the side with big thumbnails for each tab, like on Android.

There’s also the Share Charm option, allowing users to share Web pages via Facebook, Twitter or email, plus the Metro interface file picker has been integrated in this browser release. An interesting aspect is that on Android the team experience some problems wiht startup performance, which even I can confirmed, having installed various betas of the browser, buton Windows 8 they didn’t encounter problems. Google also recently confirmed that it’s developing Chrome for desktop and Metro UI, so everyone wants t be part of the big Win 8 arrival. 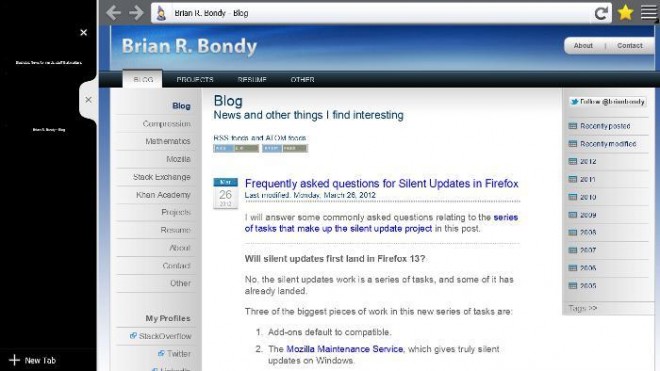