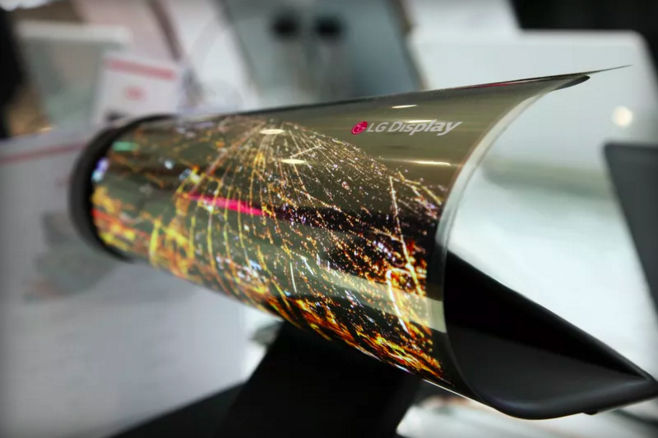 LG’s booth at CES 2016 included an 18 inch flexible screen panel, that you can check out below. This is a mere prototype of a rollable panel, that may be used on future tablets.

CES 2016 officially opens its gates two days from now, but the presentations have already begun. While we don’t know if we’ll get to see a new generation of the LG G Flex phablet, this diagonal makes us thing of bigger models with curved/flexible displays. LG has made this new OLED panel so that it can be rolled up, turning the device it’s on into a more compact one.

There has been talk about LG investing 825 million euros into its LG Display division last summer, all for the sake of flexible displays. The 18 inch diagonal is not TV suited, that’s for sure, but it may be the start of something bigger. A flexible screen is not the whole story, since a tablet would also require a flexing battery and part of the chassis. Such models would also be quite resilient, when deformed.