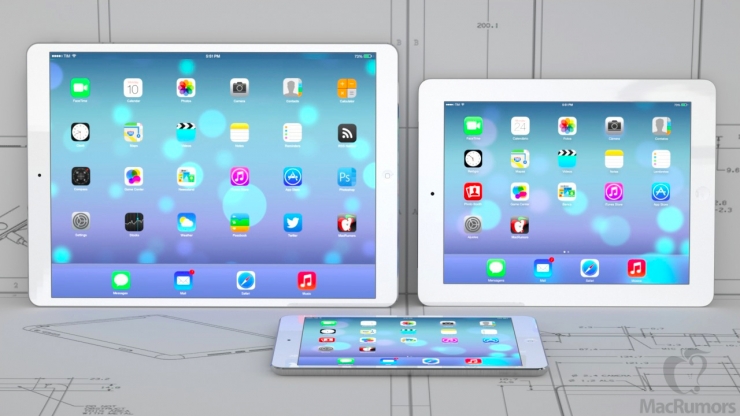 Apple is said to be preparing a big screen tablet, that so called iPad Pro, that’s rendered below. Now we have extra details on that matter and it appears that the new device will be a 12.9 inch slate. 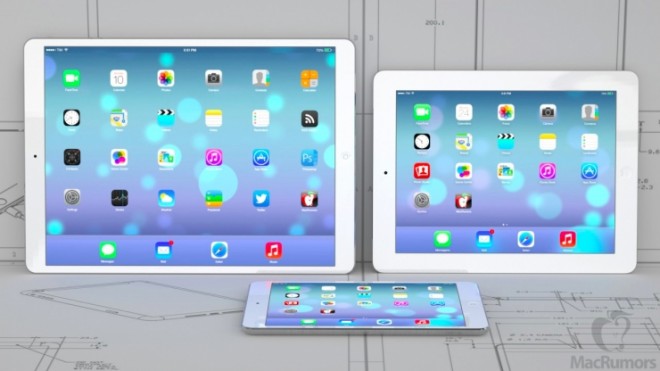 This model is meant to compete with units made by Samsung and LG and the jump to 12.9 inches is quite a big one, seeing how Apple’s largest slate is a 9.7 inch one. An official at a local Apple supplier in Korea told the Korea Times that Apple’s local first tier display supplier is producing right now 12.9 inch Retina screens for a new iPad, that will launch early next year.

The screens are already in production in the plant it appears. The 12.9 inch iPad will have the advantage of improved picture quality and Apple’s partner intends to boost the screen lineup to “almost ultra high definition quality”. The quality of the 12.9 inch iPad will be similar to the one of UHD, apparently.

In the meantime Samsung Display is developing OLEDs sized over 10 inchers and 13 inchers to be used on future Galaxy slates. The battle of giants will be interesting to watch in 2014.

LG Display Rumored to be Working With Apple, Google and Microsoft...