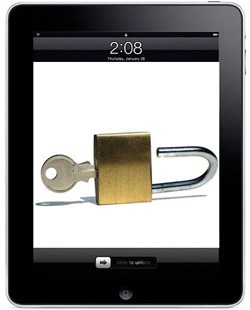 It’s hacker week every week now, ever since Sony got hit in the core of its PlayStation Network. Now, the hackers are being brought to justice, or at least one of them is, for the AT&T iPad breach from a while ago. 6 months after his arrest, Daniel Spitler pleaded guilty on his charges.

A year passed since Daniel and Andrew Auernheimer tricked AT&T servers, using a brute force script that they named iPad 3 Account Slurper. The agreement received by the hacker will result into a 12 to 18 month sentence, but this is nothing compared to the 10 year maximum he could have received.

Spitler’s accomplice is still negotiating his punishment, after at first the duo claimed that they were trying to draw attention to a security hole. Maybe Geohot will bail them out of jail by putting in a good word… or a good hack into the legal system.