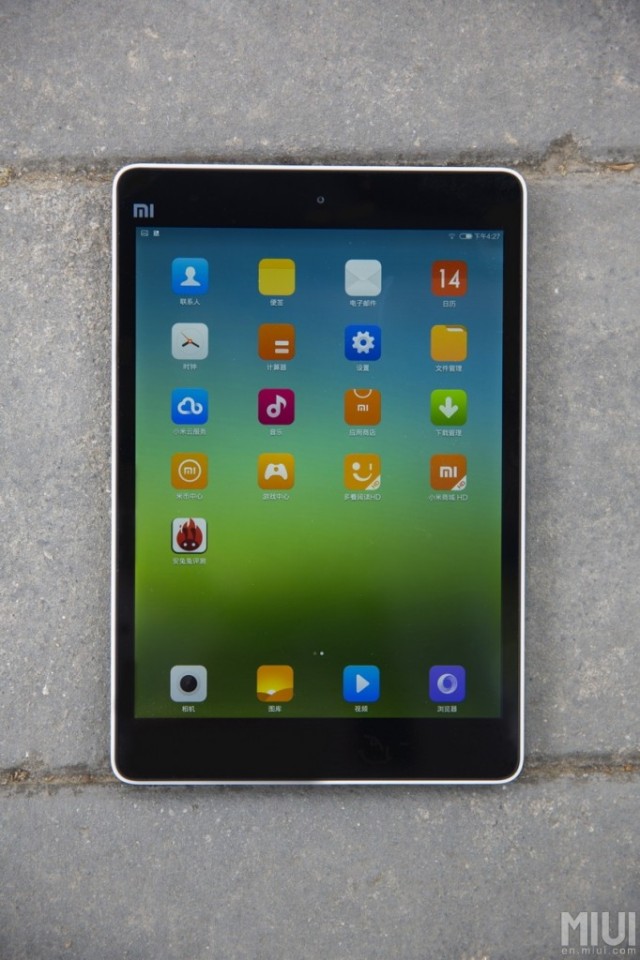 The Xiaomi MiPad tablet has received a launch date in stores and it’s meant to come to the shelves on July 1st. The product was available to fans during a special beta program, that offered them the slate for merely 1 yuan, which is about 1499 times less than the original price.

The product costs the equivalent of $240 and it was announced just weeks ago. The MiPad features a 7.9 inch with Retina-like qualities and an Nvidia Tegra K1 processor, arguably the most powerful CPU on all Android devices right now. It also has 2 GB of RAM, a microSD card slot with support for 128 GB, a 6700 mAh battery and even a pretty good Sony 8 megapixel back camera.

The July 1st launch date in stores applies to China and I’m willing to bet we’re going to face the same situation as the one of the Xiaomi phones: online orders, sites crashing and product sold out in seconds. This means that the stock will be stabilized only sometime around August, in my estimations, after a few waves of restocking…. To me this product is also another symbol: the Nvidia Shield 2 killer.

Huawei MediaPad T3 7 Ready for Launch in Japan, Priced Only...