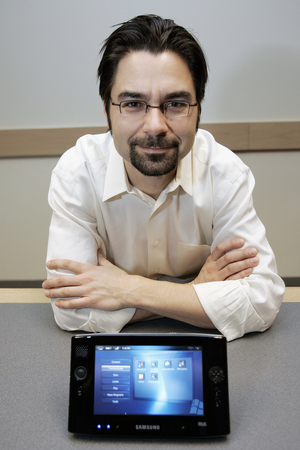 Microsoft just lost a major brain, as Otto Berkes, one of the guys who contributed to the creation of the Xbox resigned this week. The same Berkes was involved in creating a prototype that was a slate with a touchscreen display. This model was showcased by Bill Gates at a 2005 conference in Seattle, before the iPad was even a concept.

However, the first UltraMobile PCs seemed too pricey, so the project never took off. Berkes also worked on the OS and hardware of the famous Microsoft Courier tablet/e-reader prototype, that was detailed by the company last year. Too bad that the product got canned and once again Berkes must’ve felt left on the side, although he claims that’s not the case.

This time, the former MS member has left the software giant, but he won’t say what company got his services. After 18 years in Redmond a transition is welcome and we can’t help but wonder when Microsoft will enter the tablet battle… Just think that without this brilliant Hungarian guy we wouldn’t have the Xbox right now.