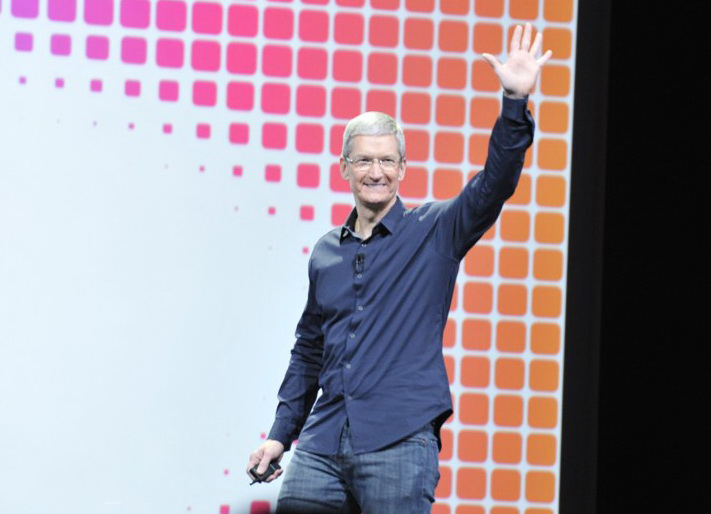 Today, June 2, was a special day for Apple, a day when the WWDC developers conference started with the Keynote Event. Even some of us expected an iPhone 6 or maybe an iWatch, the event didn’t bring any of this. Tim Cook, Phil Schiller and Craig Federighi stepped on the stage to introduce some of the new features of the iOS 8 and of the OS X Yosemite. 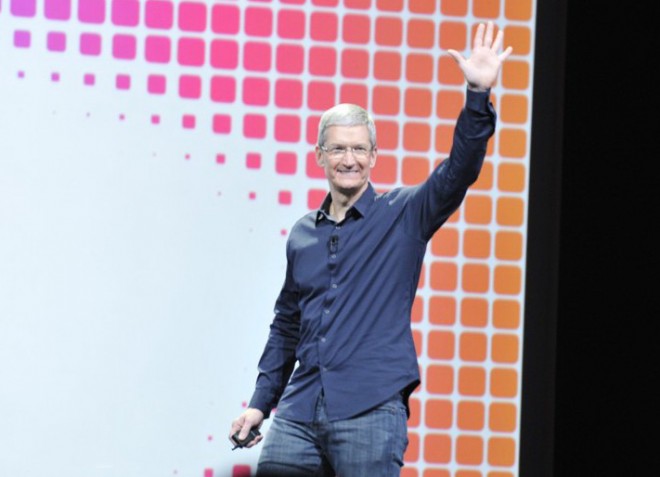 As expected, the presentation was started by Tim Cook who informed us that 2014 it’s the year when the 25th edition of WWDC it’s celebrated. Also, we found out that at the moment out there are more than 9 milion developers involved in Apple’s program. Getting back to the new software products released, we saw that the OS X Yosemite comes with a flat user interface, a great multitasking and new UI elements. We also get new toolbars, an improved clarity and utility and a transparent are in the bar title of the window. 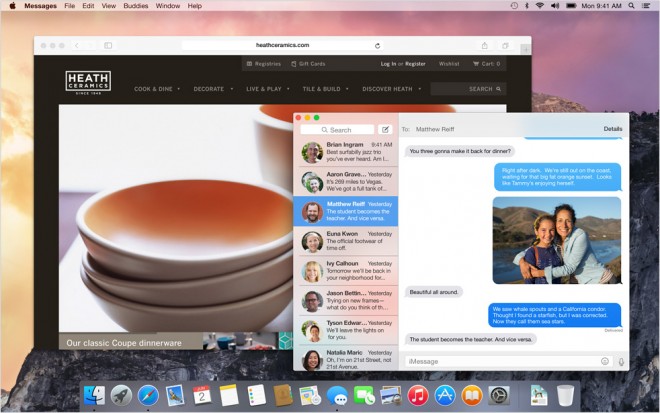 The new icons offers a new design, and the apps found in the sidebar can also be transparent as the bar titles. OS X Yosemite offers Today View area that includes widgets from App Store. Spotlight comes now with a improvement added. This one it’s the Yosemite’s OS key that it’s found in the center of the screen as a big search bar. In the notification area we see weather, clock, actions and reminder. The new update for OS X allows users to receive and make calls on iPhone just by using your Mac. 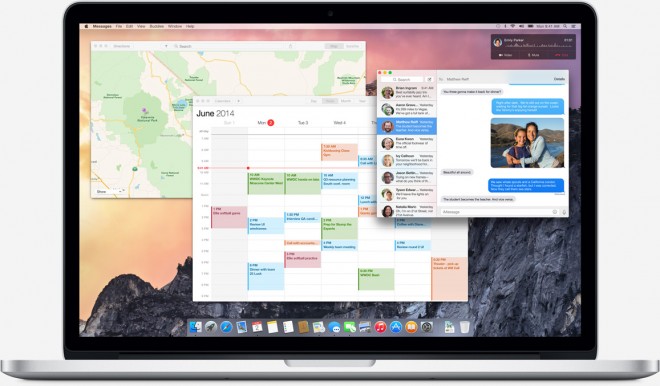 During the presentation, Dr. Dre was called straight from the Mac to show the function above. As we know, recently Apple bought Dr. Dre’s Beats Technology company. We find out more about iCloud Drive, a service that allows to find all the documents in Finder on all iOS or OS X device. The iCloud Drive offers Windows compatibility, and a new mail app was revelead, an app that comes with features similar to the ones found on Gmail.

The best news was that now we can attach up to 5 GB of files and documents in mails thansk to MailDrop. The Safari web browers got an updated version that promises a low power consumption, multi tabs, increased speed an playback video option without installed plugins. This browser it’s also the faster one in the world at JavaScript and now we have a feature to see tabs in 3D mode too. 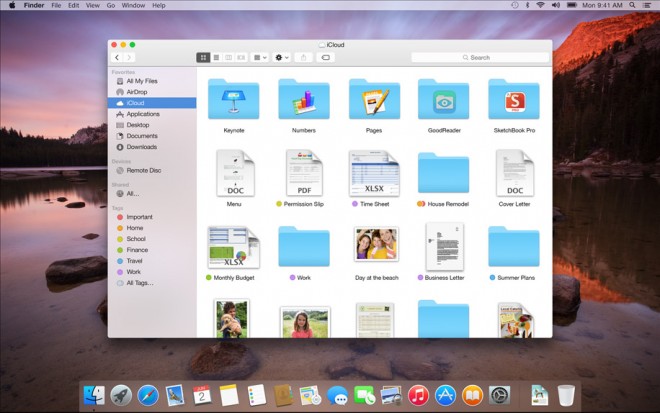 Thanks to the Markup function we can share and edit photos. Apple also showed up the Handoff function that allows users to continue the activity started on PC on the tablet and vice-versa just with a swipe gesture. OS X Yosemite will arrive in this fall in the same time as the iOS 8 who was announced today. We find out that until now Apple sold 800 million iOS devices, and 500 million of them are iPhones. The new update of iOS offers the same design language as the iOS 7, but it brings some other improvements like the interactive notifications. 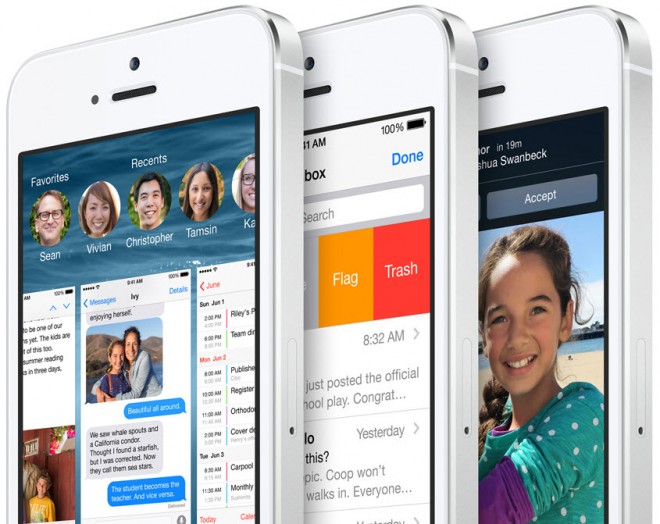 We can now answer to a Facebook message straight from notification, a feature borrowed from Android. Also, just by a double-tap we can acces the multitasking zone and favourite contacts. The Safari browser for iOS also gets a Tab View and the Spotlight function offers now an ample search, just like a Siri without Siri. From Spotlight we can search songs in iTunes, points of interest on the map and much more. 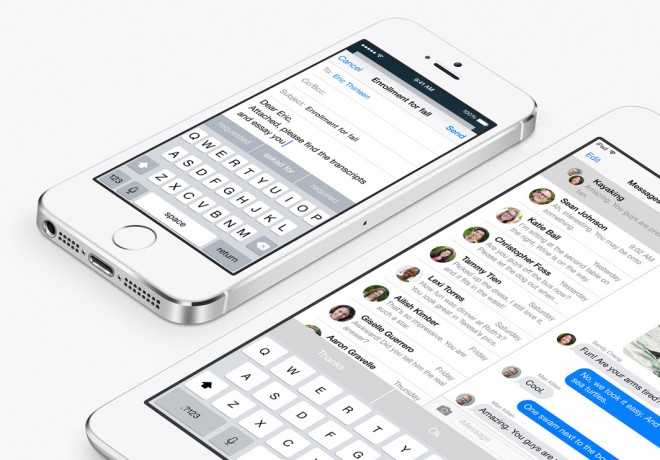 Another novelty it’s QuickType, a function that offers input with predictive sugestions that learns from our typing mistakes. On the messaging side we have now the posibility to send text messages in groups or to name threads, but we can also activate a Do Not Disturb function in thread. Tap To Talk it’s another function that allows users to take a video/audio recording and send it to the recipient, something like WhatsApp. 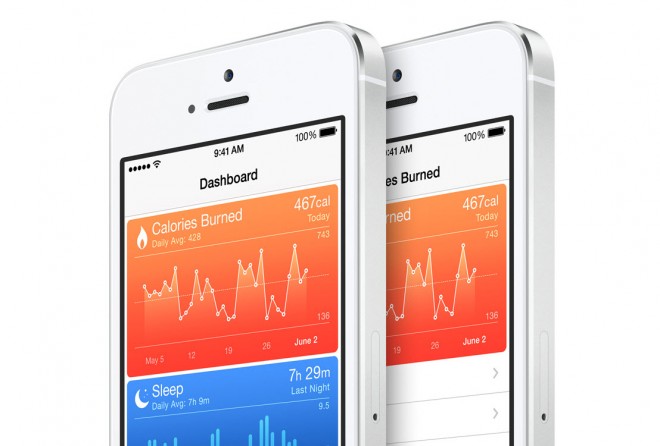 The good thing it’s that the adio message can delete itself to save storage. iCloud Drive Panel it’s a contextual menu that it will float above apps and it will be integrated on all system. The business features were also mentioned: Document Providers, VIP Threads, Device Enrollment, Auto Reply and Exchange. At leats we got to the health soluton named HealthKit. We can see the number of the burned callories, sleep hours, heart rate and much more. 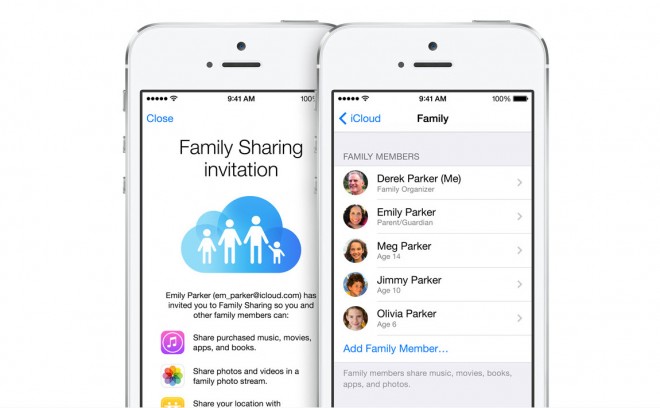 The Family Sharing function allows up to 6 six family members to share together songs or apps just by using the same credit card. We can now edit photos with contrast slides, brightness or exposure in iMovie style. Siri gets some improvements like the Shazam integration, dictation in 22 new languages and a simple launch just by saying Hey Siri! 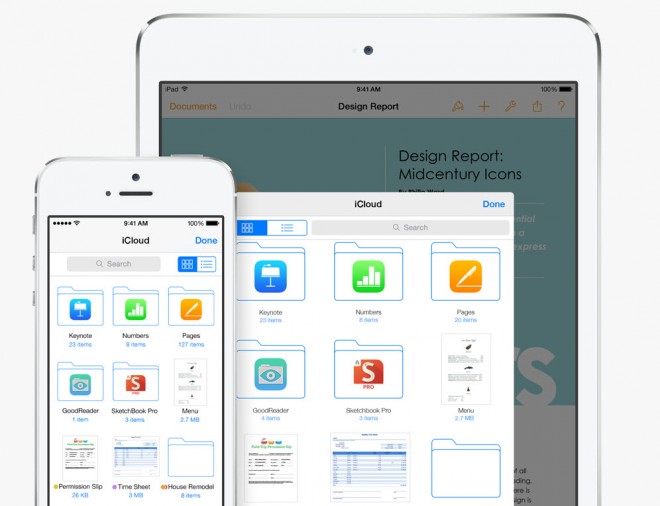 App Store gets now Tab Expore, Trending Searches and a app bundles and software previews. It will exist a beta testing service called TestFlight, a service that will arrive in this fall. The new SDK brings 4000 APIs and we found out that 3rd party apss can create widgets, so finally we’ll have widgets on iOS 8, but only in the notification area. 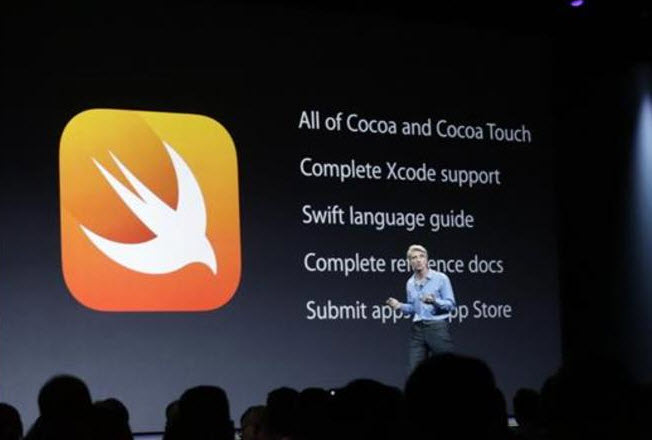 Swype was also mentioned as a 3rd party app, and after that we saw new features of the Touch ID sensor for developers. In the last moments we find out more about HomeKit, a service that it will allow developers to create apps for house gadgets control. The last inovation was Metal, with 3D rendering options and great action effects. 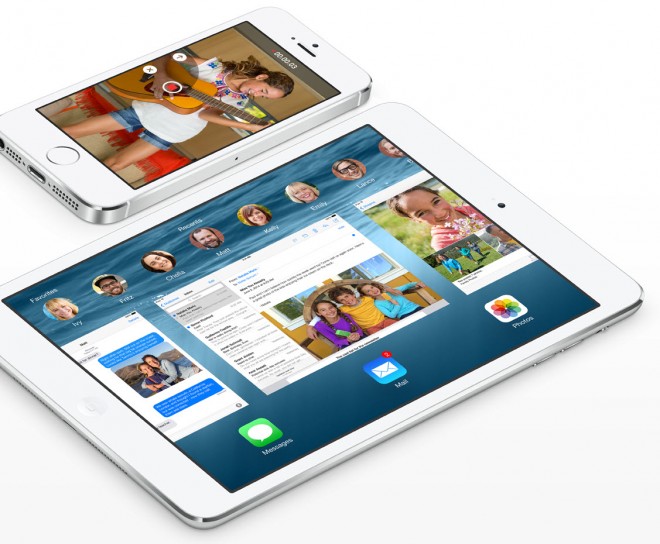 At the end, the developers at the Keynote event were shocked to find out that after 20 years of Objective C., Apple it’s passing to a new app for programming named Swift. This one allows devs to create games in just a few minutes. Overall, that was all from this year Keynote event. We can say that Apple’s fans were pleased in one way or another.