Nvidia came out with a test prototype tablet for Tegra 4 at CES 2013 and surprise, surprise it ran Windows RT. We would have expected to see Android on it, but I guess that there’s also a prototype with Android floating out there. What interests us is the future of Tegra 4 and Windows RT combined. 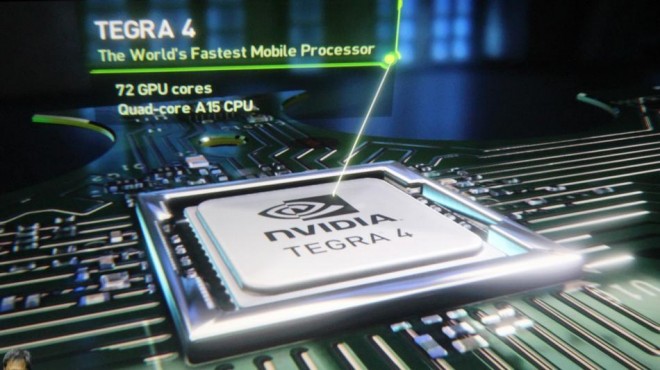 Nvidia may become the CPU supplier for the next generation Surface slate or Windows RT tablets, in a battle that may draw the likes of Qualcomm and maybe even Texas Instruments in. Digitimes Research senior analyst Eric Lin seems to believe that Nvidia will be the favoured provider of CPU for the new RT tablets. Nvidia and Microsoft have a history of working together in the CPU/GPU areas. Also, the demand for GPU computing is starting to be more important and Windows RT/Win 8 will have to matter in the world of gaming if they plan to stick around.

Dead Trigger 2 on Nvidia Tegra 4 looked fantastic and we must get such goodies on the Windows RT tablets as well. Nvidia has its own gaming thing going on, with an Android-based console with a 5 inch display and physical controls reminding us of an Xbox controller.