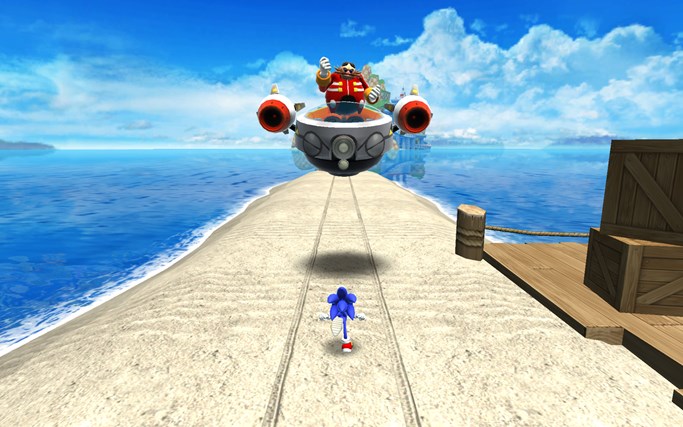 Not very long ago, a bit before Sonic’s birth day Sega updated the game Sonic Dash with a bit of a blasphemy. They included Angry Birds characters within the title which seemed like the way to alienate a few faithful gamers. Well, if you stuck by the game, you’ll see what it was all about before the update in the following review. 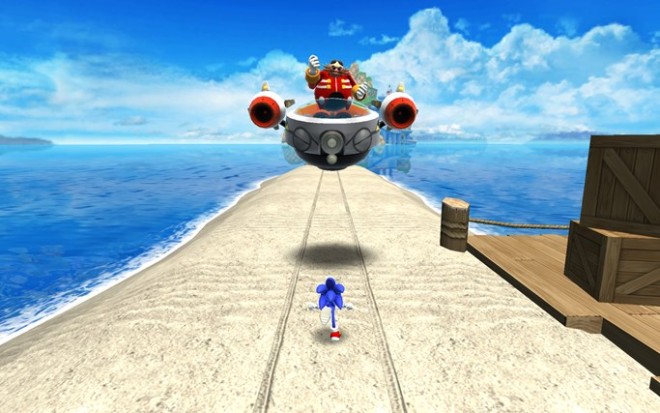 We played the game on the Allview Wi8G tablet, an affordable Windows 8.1 model and it had no lag. The game dates from back in 2013 and it received a few content expanding updates. The purpose here, like in any other Sonic game is to collect rings. As you constantly race from a third person perspective you will see backgrounds changing around you, with pretty decent variation.

The title sometimes feels like Temple Run, other times like Subway Surfers, never in a bad way. You can use the trademark characters, like Sonic, Tails or Knuckles, as long as you unlock them. The 3D graphics look quite nice and you’ll be racing on the seaside, in the jungle and in a castle. There are IAPs here, powerups and for example you can use a shield, a dash boost, headstart and magnet. 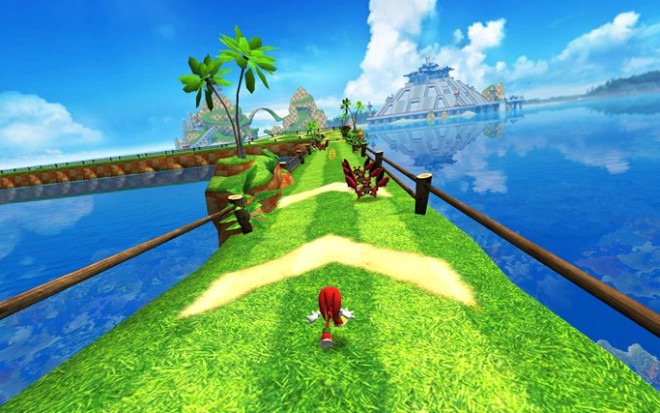 Controls are typical for a runner: swipe to sides to change lane, swipe up to jump and down to slide under and become a ball, that hits crabs or other enemies. There are quite a few traps to avoid here and even some nicely imagined boss battles, that seem a bit inspired by Minion Rush. If you fill a dash meter, you will also get a nice speed burst, by the way.

The game is repetitive, but it has nice graphics and a nice feel to it. It deserves an 8 out of 10 and you can get it from here.