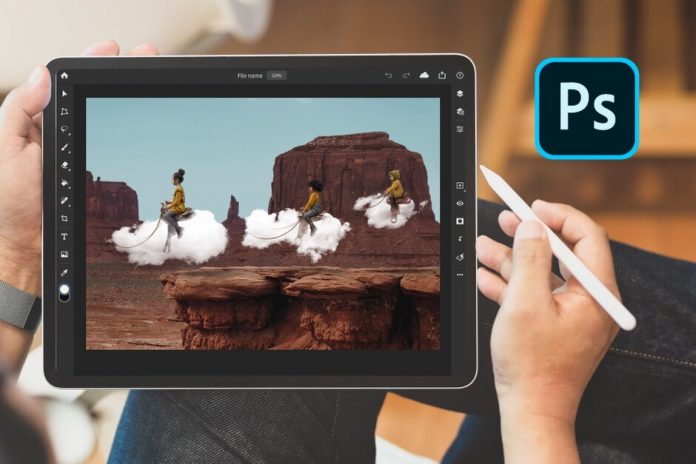 Photoshop for iPad continues to evolve, if not by features by bundles at least. It’s now bundled with Adobe Fresco, offering creative professionals more editing options. Between the new iPad Pro Models and the Apple Pencil, the devices are becoming the go to for designers and creatives. Now there’s a bundle for Adobe buffs detailed below.

Adobe announced on its blog that Photoshop for iPad is bundled with Fresco, the sketch and painting app from Adobe, priced at $9.99 per month. This offer applies to customers who buy Photoshop on iPad or upgrade to Adobe Fresco Premium through the App Store, plus the Adobe Creative Cloud customers and early adopters. Adobe launched Photoshop for iPad late last year, after lots of testing and tweaking. At first it was rather devoid of options, but several updates got people on board. It has layers, cloud syncing and lets you continue your work from the desktop or start working on the iPad and end on the PC or Mac.

Photoshop for iPad lets you use composite and retouch tools reimagined for Apple Pencil and a touch experience. Adobe promises new features every month for its iPad app, including Adobe Fonts auto activation, which finds and updates the missing Adobe fonts from your PSD files. There’s also tutorial videos that teach newbies the basics of the app.

Fresco is an app for drawing and painting, with quite a few brushes on offer. Adobe hints that these two apps greatly complement each other. Both can edit the same project files and also play nicely with Adobe Cloud saving. A similar bundle is available on the PC and Mac for Photoshop + Lightroom for $9.99 a month. Fresco Premium was actually better reviewed and received than Photoshop for iPad last year.

The apps are available here: