If you ask me to name you the best game I’ve played in 2013 on iOS it would have to be Spiral Episode 1. That’s because I like JRPGs in the vein of Final Fantasy and also because it’s a very original title to play on Apple’s platform.

The game is priced at $4 and it was tested by me on the iPad Mini, where it ran without flaw. This adventure feels very much like a combo between The Longest Journey and a random Final Fantasy title, with a futuristic vibe to it. You control Tempus, a slightly amnesiac soldier type who is in symbiosis with an AI named AVA. He tries to figure out a conspiracy that involves people shifting to monsters and a stolen battery from a train.

You’ll walk around talking to people, enjoying long dream sequences and cinematic dialogs and also you’ll be fighting. There are separate endless mode battles in arenas aside from the main story, so you can level up and gain more XP. The battles and general walking around are done by tapping on the screen. You tap on a certain area to walk in that direction or keep the screen pressed to keep walking. 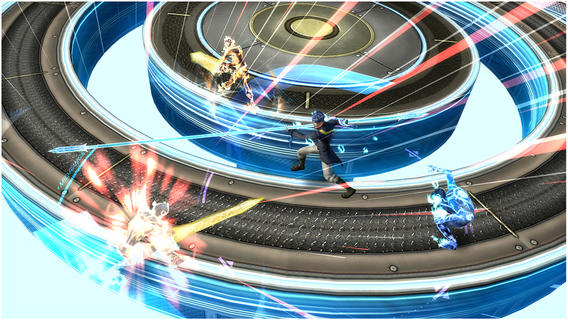 You tap on the enemies during battle to fire at them and you weapon automatically transforms depending on the distance. It can turn into a gun, a sword or a lance so you can reach the foes. You can also keep the screen pressed to charge a more potent attack with a nifty animation attached to it. Spiral will give you about 6 or maybe even 8 hours of gameplay and it’s very fun. The atmosphere will win you over and the dream sequences are really great.

This is a solid 10 out of 10 from Tablets News and a must download from here.