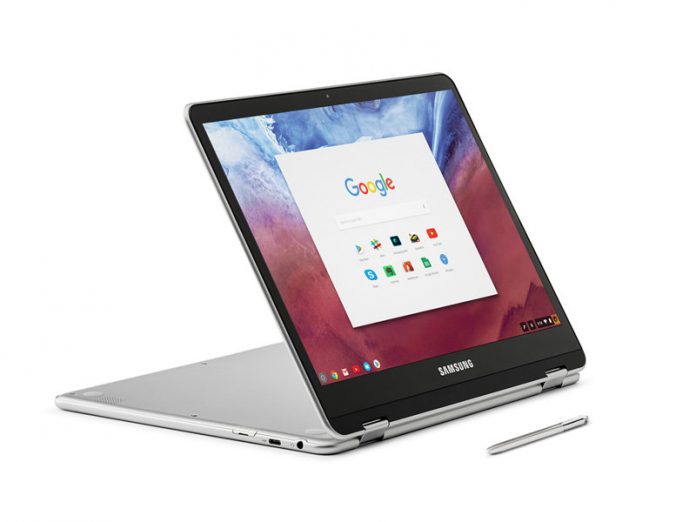 After being done with the hardcore handsets of the year 2017, Samsung is working on some detachables now. Chief among them is the upcoming Samsung Chromebook with detachable keyboard. The info is based on leaks and changes from the Chromium Repository.

This could be one of the many 2 in 1 devices that run Chrome OS and full size Android apps together in one package. Right now around 60 Chromebooks have the ability to run Android apps and many of those devices are convertible, so it all makes sense. They’re able to fold back and be used in a “tablet” mode, but also a laptop mode. A so called “Nautilus” device has been spotted in the Chromium Repository, which may just be Samsung’s new product.

The folks of Chrome Unboxed have found the function below in the code:

This function is called whenever there is a change in the base detect * status. Actions taken include:

* 3. Indicate tablet mode to host. Current assumption is that if base is

* disconnected then the system is in tablet mode, else if the base is

* connected, then the system is not in tablet mode.

Initially the source couldn’t find the maker of the device, but they did come across a BIOS firmware vendor called AMI (American Megatrends). Then some changes were made to the repository and someone named Jongpil Jung made the changes, with his email liked to Samsung. He was quickly identified as part of the Samsung Chromebook Pro/Plus development team.

Samsung Nautilus remains pretty much a mystery right now, except for the fact it’s a 2 in 1 device and it runs on a Kaby Lake Intel processor. Expect it in 2018.